To Al-Shabaab and Back

At the beginning of the millennium, Abdirashid Ibrahim Mohamed worked at the Secretary of the National Security Committee of Somalia. At the same time, the civil war that had led to the collapse of the Somali state in the 1990s entered a new phase.

In 2006 a new war began, and one of the outcomes of the violence was the emergence of a group known as al-Shabaab – freely translated “The Youth”. The modus operandi of the group quickly crystallised into devastating suicide attacks.

“Many of my colleagues were killed during this period. My secretary lost her life. We were all affected by the violence,” Mr Ibrahim recalls.

“When you undergo something like that, you have no other option but to try to understand why this is happening. Only by understanding are you truly able to counter the violence.”

In 2012, the Somali Ministry of Internal Security established a Defector Rehabilitation Programme. The programme did not look for quick fixes, but a change in paradigm: reintegration over eradication and countering instead of abolishing.

“When we started people were shocked,” Mr Ibrahim says.

Official backing did not translate to community support. People would not believe that a person who had been part of al-Shabaab could not pose a threat. The communities affected by the violence wanted justice, not forgiveness.

Slowly, one success story after another, presumptions started to change. Reconciliation with individuals trickled to reconciliation with families and communities. Today, Mr Ibrahim leads a programme that runs nine rehabilitation centres across the country and has served more than 2,000 former al-Shabaab fighters. 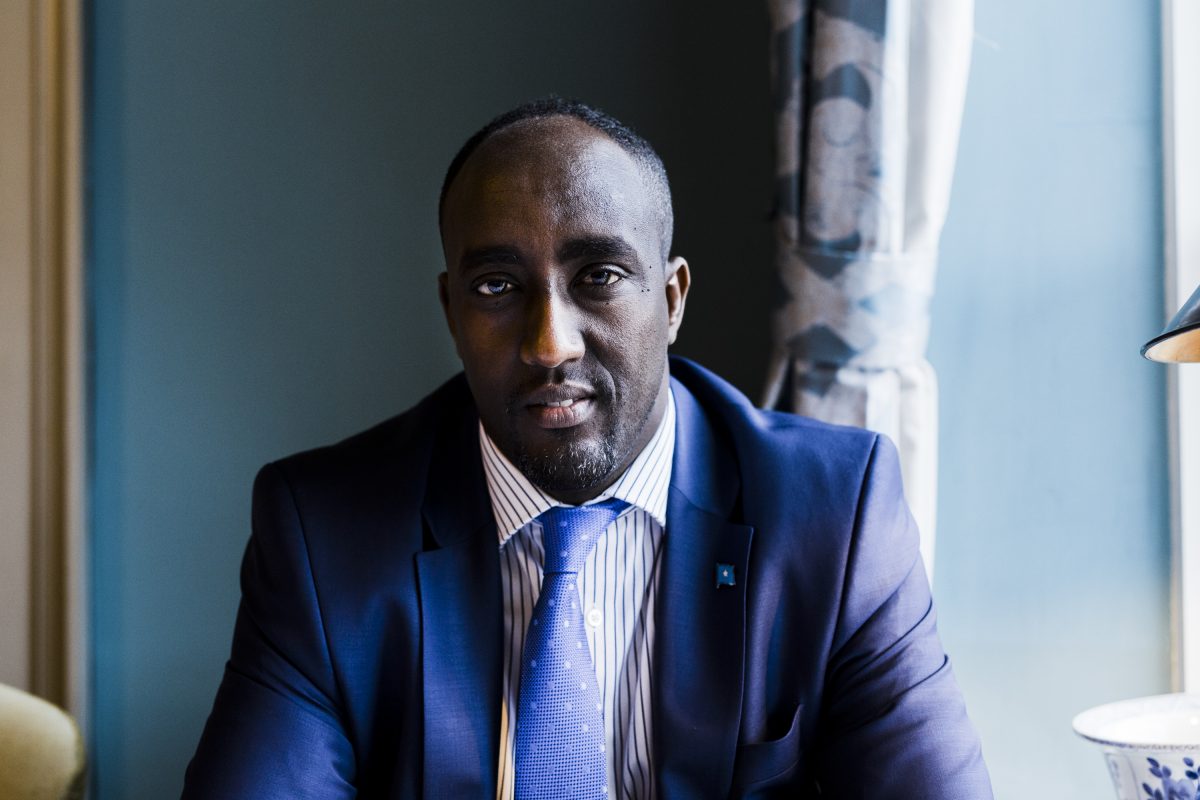 For many, joining al-Shabaab is an act of free will. For others, it is something done out of fear or the lack of opportunities and options. For the defectors, leaving the group is a choice that can cost them their life.

To make leaving an option, the Defector Rehabilitation Programme has placed careful emphasis on outreach work targeting fighters, the families of combatants, and international military troops. The idea is not to catch the defectors, but to guide them to the programme – the first step of rehabilitation.

“Our underlying approach is that those young people who come out of al-Shabaab can contribute to peace and state-building. They can play a critical role, if they are given the opportunity,” Mr Ibrahim says.

The rehabilitation process begins with providing the individuals with a safe space consisting of basic needs and the time to heal – mentally and physically. For a anything ranging from six months to two years, the defectors discuss and debate religious ideology and doctrine, receive psychological support, learn about reconciling, and complete their basic education or pursue vocational training.

“The situation in Somalia is very different to, say, a European country. In a developed country, rehabilitation would constitute of mainly psychological support. We estimate that only ten percent of our defectors are educated. There are individuals who have never gone to school. Some cannot even read,” Mr Ibrahim explains.

For most, education is at the centre of the process. As several studies have shown, one of the key pull-factors for individuals to join al-Shabaab lies in the economic benefits the group provides. Without addressing this root cause, rehabilitation is built on loose ground.

”We need to support the defectors in finding a life better than the one they left to join the group.”

In a country with an unemployment rate of 70 percent, the world the defectors return to is far from rosy. Mr Ibrahim is well aware of the high expectations some of the defectors have when entering the centres.

According to Mr Ibrahim, meeting these expectations is not the end-game of the programme. Providing tools for the individuals to work towards them is.

Reintegrating – The Past Included

Basic needs, education and employment opportunities provide a foundation for life back in society. Aside from investments in the future, rehabilitation is about working through the past.

“Many of the youth who joined the group did not know what they signed up for,” Mr Ibrahim says.

“Rehabilitation is not only about getting the defectors on their feet, but about reconciling their relationship with themselves, between other individuals and community,” Mr Ibrahim says.

When someone leaves for Al-Shabaab, they leave behind their family – possibly a wife and children, Mr Ibrahim elaborates. The families of the fighters are left behind to wait for bad news either of the death of their loved one or news about the crimes their son, husband, brother, sister or daughter is committing.

“Some of the best moments in the centre are when we see a mother listening to her son as he recounts the atrocities he has committed. As she listens, she sees her son being born again.”

When assuming power in February, the new president of Somalia Mohamed Abdullahi Mohamed declared war against Al-Shabaab. By the same token, a 60-day amnesty for al-Shabaab defectors was granted. The group is believed to still have 7,000 members and continues to hold significant territory in Central and Southern Somalia and the military has continued operations against the group.

In October 2017, the most devastating terror attack in Somali history was carried out in the capital city Mogadishu. More than 300 people were killed and hundreds wounded. Al-Shabaab was blamed for the attack, yet the organisation never claimed it was behind the bloodbath. The president called on the international community to help combat the group.

Mr Ibrahim does not see retaliation as a long-lasting answer. The only way of mitigating the impact of al-Shabaab is through sharing the stories the recruiters do not. The key of countering the group is in challenging al-Shabaab’s narrative of success, wealth and authentic Islam with the actual stories shared by former fighters themselves. These stories speak of violence, desertion, loneliness, and fear.

“Those who want to join a terrorist group are of more risk than those who defect,” Mr Ibrahim says referring to the phenomena of foreign fighters, a phenomena that has been felt around the world.

“We see symptoms of the same issue of extremims everywhere,” he notes. “The solution has to come from the people most affected by the crises – the ones who are forced to understand the root causes.” 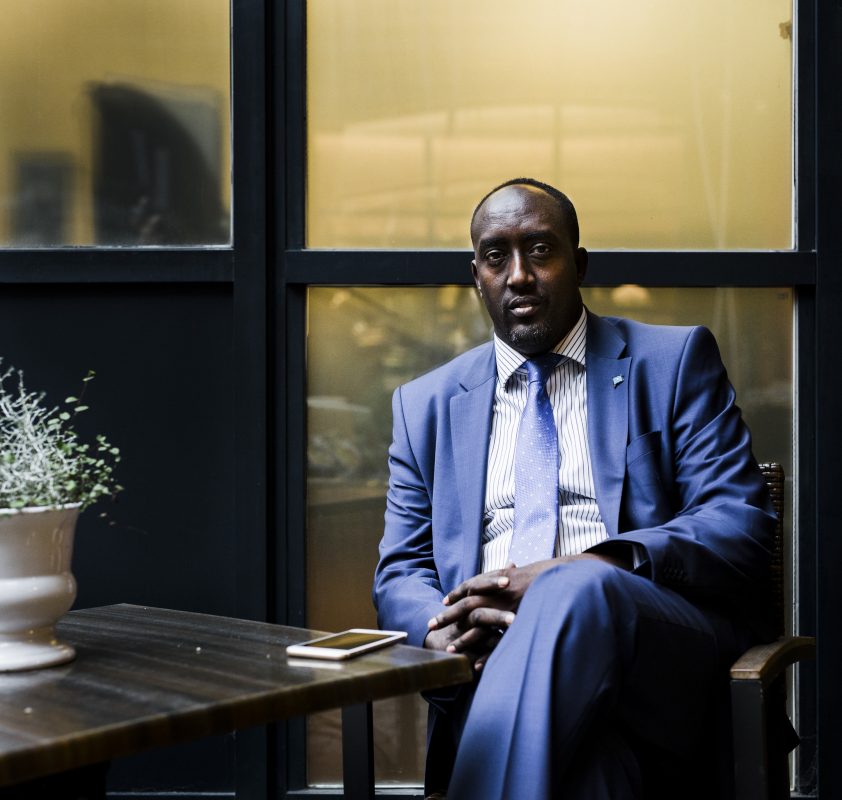 Abdirashid Ibrahim Mohamed visited Finland with a delegation of Somali ministers. The visit was organized by the Peacemakers Network and FCA. For more information of the meetings, see: Ministerial delegation from Somalia visits Helsinki to discuss reconciliation, education, and the role of the private sector in development.

The article was first published in Elm Magazine.