The morning sun streamed into the meeting rooms rising above Stockholm as Under Secretary-General and United Nations Special Adviser on the Prevention of Genocide Mr. Adama Dieng opened the session Competing Legitimacies? Role of Religion in Peacebuilding at the annual Stockholm Forum.  Participants representing professionals from the field, research institutes, international organizations, and states listened to the remarks attentively. 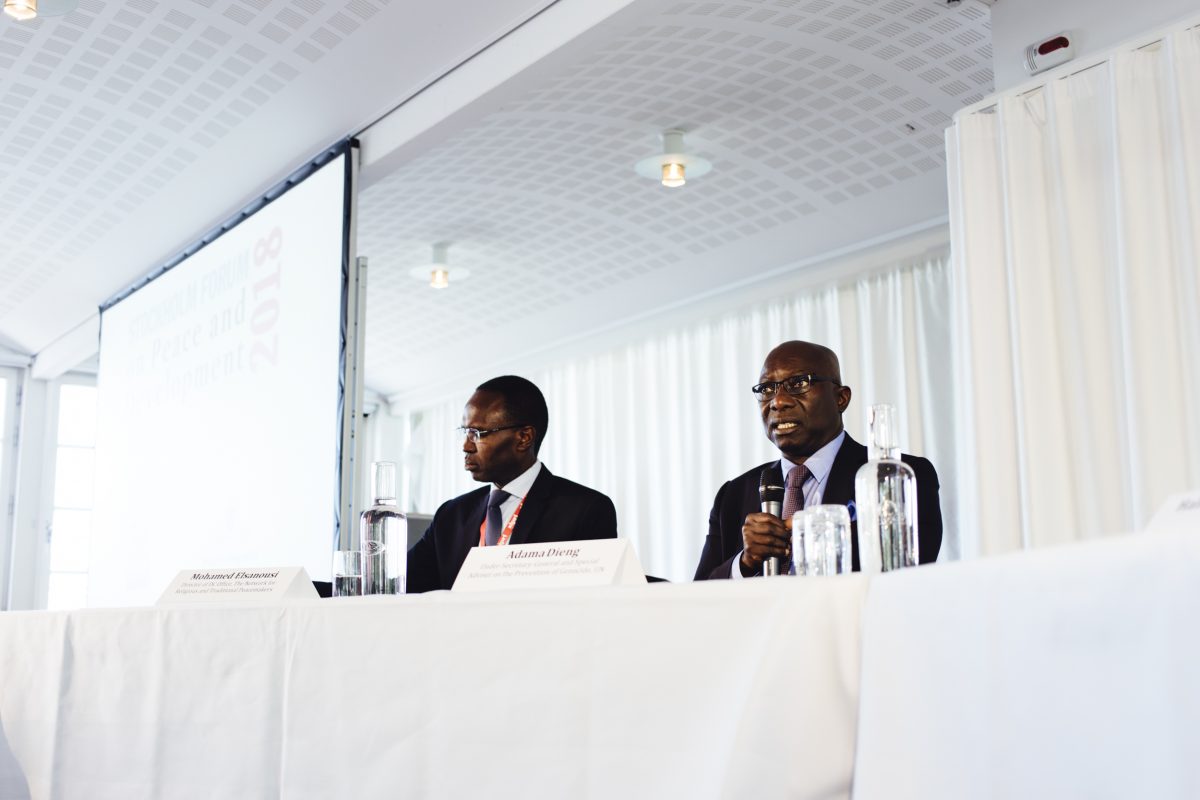 Under Secretary-General and UN Special Adviser on the Prevention of Genocide Mr. Adama Dieng addresses the workshop participants at the Stockholm Forum. Executive Director of the Network for Religious and Traditional Peacemakers Dr. Mohamed Elsanousi chaired the discussion.

“In these cases, local leaders, including religious leaders and actors, can have a key role to play.”

During the past years, Mr. Dieng has been at the forefront of high-level awareness-building on the role of religious actors and institutions in sustaining and building peace. Drawing examples from the peace agreement in Sudan mediated by the World Council of Churches and the All Africa Conference of Churches in the 70s, the role of the churches in the struggle against apartheid in South Africa, as well as the recent mediation work of the Catholic Church in the Democratic Republic of Congo, Mr. Dieng made it clear that the question of religion, peace and mediation is not about isolated cases. Just as religion has been lifted to the forefront of conflict, so should it be given equal space and weight in peacebuilding discourse. 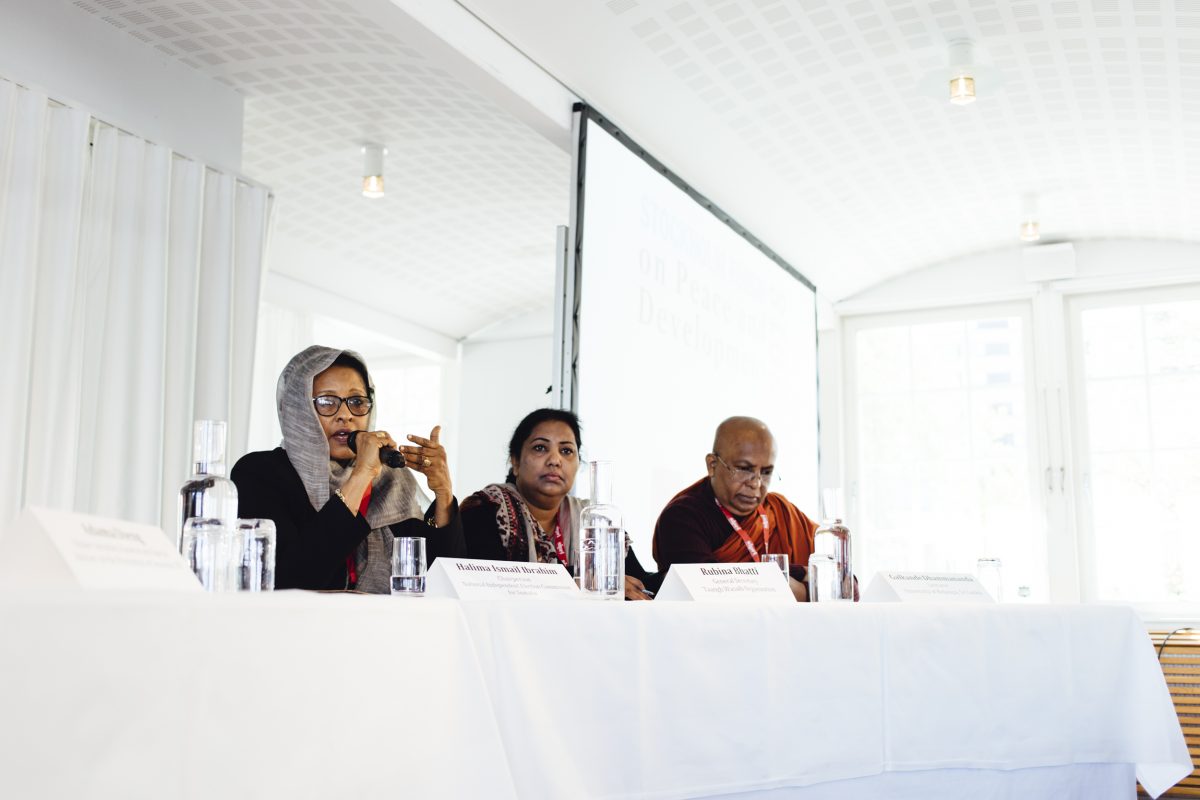 Chair of National Independent Electoral Commission for Somalia. Ms. Halima Ismail Ibrahim shares of the challenges and opportunities faced when religious leaders are made part of peace processes.

Reflections from the field

After the opening remarks, participants broke out into three groups to discuss Pakistan, Sri Lanka and Somalia. Venerable Dhammananda Galkande from Sri Lanka began his remarks by noting that the current conflict dynamics in Sri Lanka cannot be viewed in a vacuum. The divisions and dynamics are the culmination of historical grievances.

“Our society is deeply wounded and there has never been communal healing of the violence experienced by the people,” Venerable Dhammananda began.

“Now we are seeing a rise in Buddhist-Muslim tensions. We are seeing deepened alienation between the two religious communities and the use of this divide by political forces to further strengthen their hold on power.”

Sri Lanka made international headlines in March as anti-Muslim riots pushed the government of Sri Lanka to issue a nationwide state of emergency. The surge in violence contributed to the further division of religious communities. Yet, the outbreak also strengthened a unity for peace. In this context, hundreds of religious actors and leaders joined a peaceful rally to demonstrate their support for peace and humanity.

“Our approach has been to keep the religious teachings in the background. The clashes are not about scripture. Yet, there are deep grievances among the different generations of monks. This is why we have laid emphasis on intra-religious dialogue. We try to speak with our own community to prevent them from resorting to violence.  Our aim is to support the development of a Sri Lankan identity that is not based on exclusion,” Venerable Dhammananda explained.

“We want to support a Sri Lankan identity which is not based on religion, but on the understanding that we all belong to the same Sri Lankan community.”

The work lead by Venerable Dhammananda has been an uphill journey. One of the key challenges has been the impact of the media and the aggressive used of social media channels to both spreading hate speech as well as legitimize violence.

“Whenever there is violence, it is quick to make headlines. When there is a gathering for peace, it is rarely picked by the news or shared widely. This makes your work as media messengers ever more important.”

In order to change the discourse of hate, Venerable Dhammananda has himself actively promoted messages of peace and human rights on social and traditional media. The media can be used to divide, but it can also be utilized for building bridges, the Venerable noted. 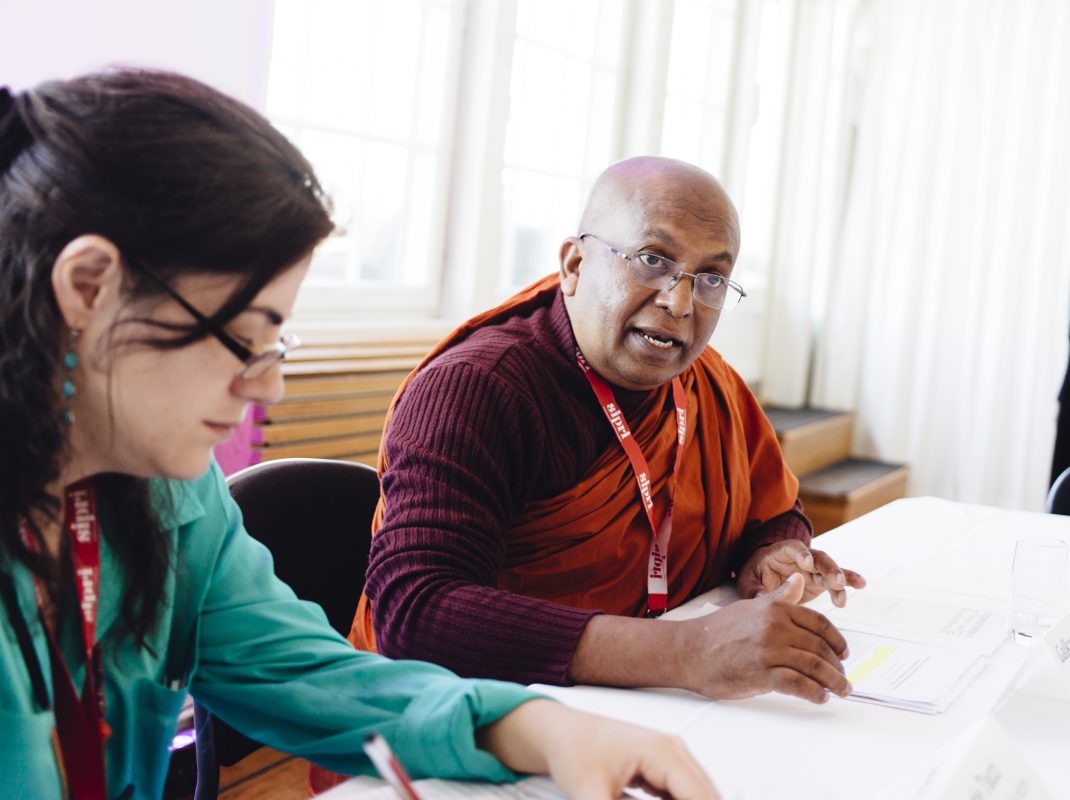 Venerable Galkande Dhammananda emphasises the need for deeper capacity building of religious actors in the fields of peacebuilding, dialogue and inter- and intra-faith collaboration.

An example of a tool shared during the session was the Plan of Action for Religious Leaders and Actors to Prevent Incitement to Violence that Could Lead to Atrocity Crimes. The Plan of Action, which was launched in New York last year by the United Nations Secretary-General, Antonio Guterres, was developed by the United Nations Office on Genocide Prevention and the Responsibility to Protect, the Network for Religious and Traditional Peacemakers, the World Council of Churches and KAICIID Dialogue Center.

In his closing remarks, Mr. Adama Dieng reminded the audience of Mr. Guterres’, words at the launch event. Mr. Guterres called for the widest possible dissemination and implementation of the Plan and said: “it (the Plan of Action) can help to save lives, reduce suffering, and realize our shared vision of peaceful, inclusive and just societies in which diversity is valued and the rights of all individuals are protected.” 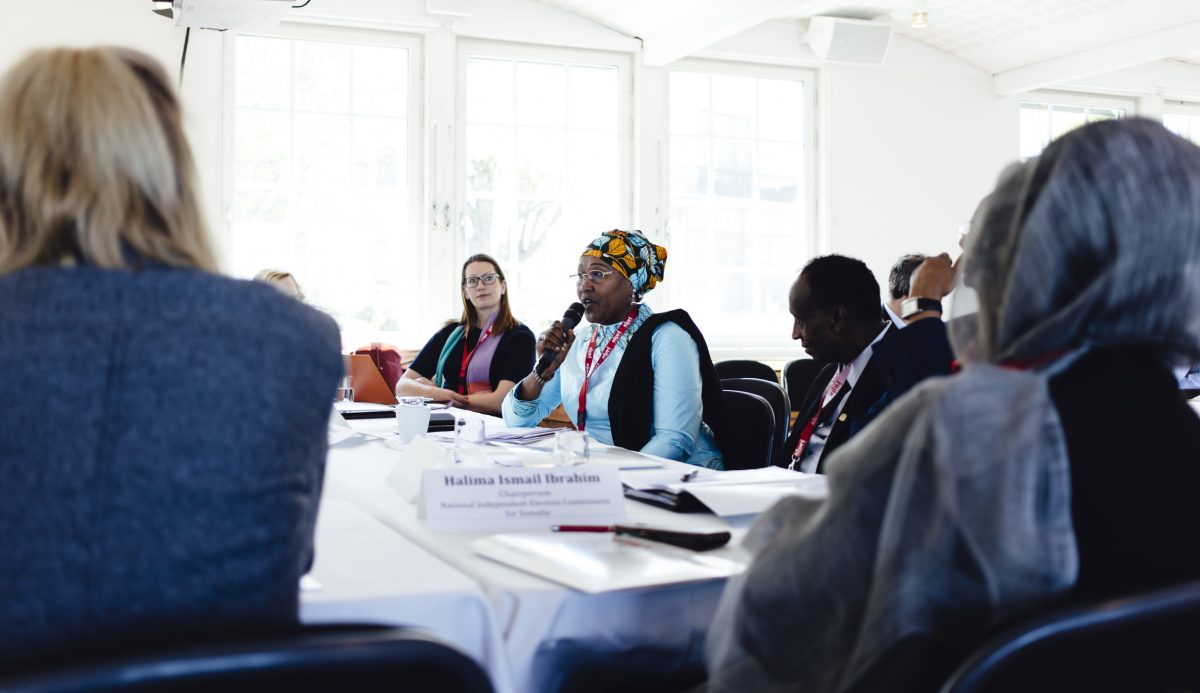 Ambassador of Chad to the European Union Ammo Aziza Baroud closes the session with her remarks from Chad.