Consortium for Reconciliation: Supporting the Transformation of Post-Conflict Communities

After communities have experienced violent conflict, a substantial amount of work is necessary for reconciliation to take place at the local level. Though peace agreements are made, they often fail to address the deeper needs for transformation within communities and leave little space for a trust-building process that aims for reconciliation. Could this be a contributing factor to why 40 percent of peace agreements fail within the first three years?

For deeper reconciliation and healing of community relationships to take place, the work of local reconcilers must be acknowledged and supported. Unfortunately, their transformative role is often overlooked, leaving the gap between political agreements and community transformation ever widening.

Seeking to address the gap between peace agreements and long-term reconciliation, the Network for Religious and Traditional Peacemakers proposed to initiate a new collaborative entity. The aim of this entity was to draw on the different strengths of organizations and institutions for coaching, training and supporting grassroots reconciliation processes. Furthermore, the goal was to invite different actors from different contexts to work together seek answers to the need for reconciliation in conflict contexts.

Initial conversations around this topic were discussed during the Reconciliation Workshop in May 2017 in New York, and as an outcome of the workshop, a process of mapping reconciliation efforts and significant actors was initiated. In November 2017, the Network convened its Advisory Group Meeting where the new Network of Centers for Reconciliation was launched. During a follow-up meeting held in Geneva on February 22-23, the working title of this entity was changed to the Consortium for Reconciliation. 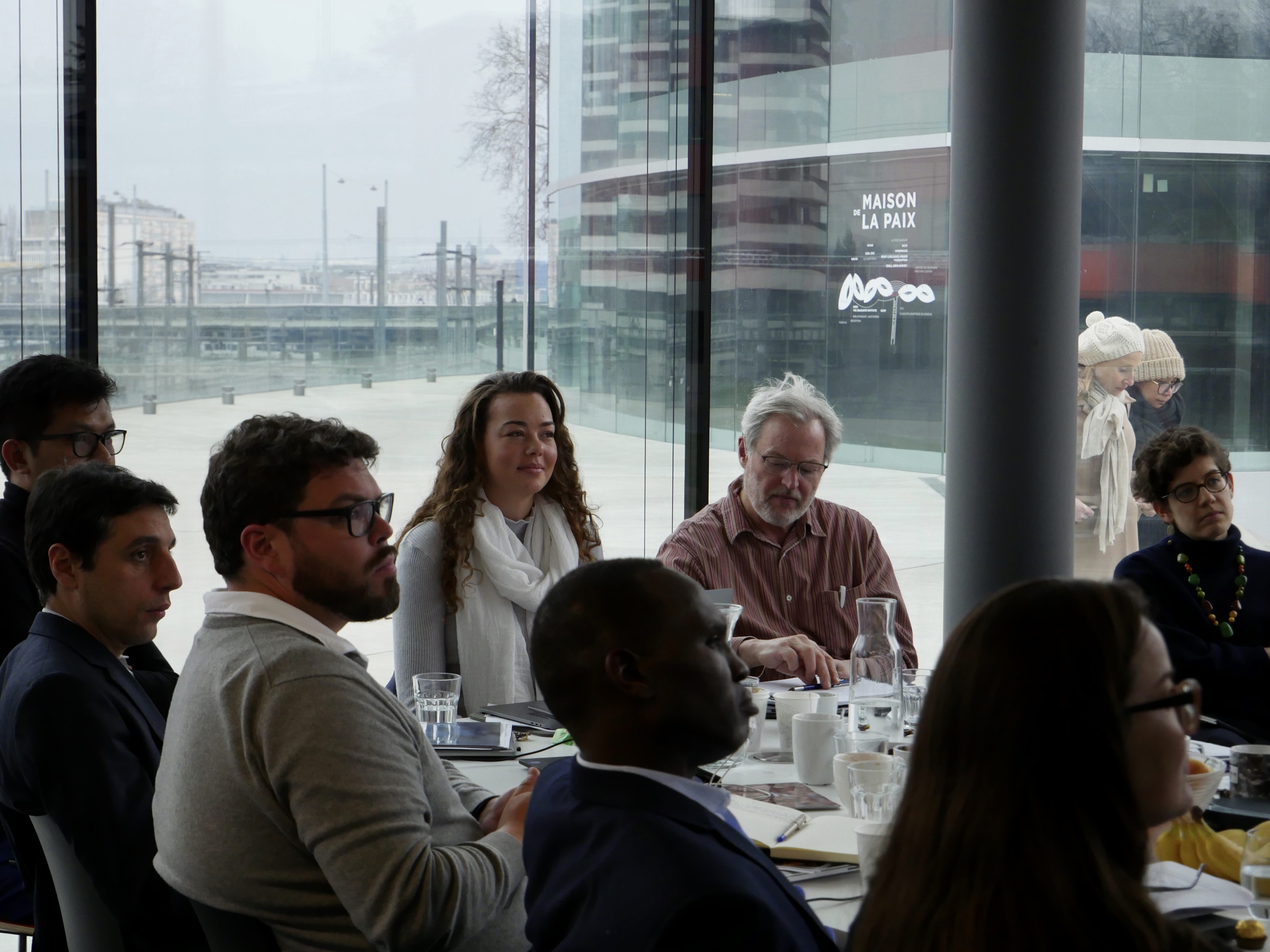 Founding members of the Consortium for Reconciliation gathered in Geneva, hosted by the Inclusive Peace and Transition Initiative

During the Geneva meeting, representatives from reconciliation centers and academic institutions convened to discuss next steps in establishing and the Consortium for Reconciliation. The meeting was hosted by the Inclusive Peace and Transition Initiative (IPTI) and facilitated by Antti Pentikainen and Annalisa Jackson from the Peacemakers Network.  The founding organizations represented at the meeting came from Princeton University, Rose Castle, Al Amana Center, IPTI, Winchester Centre of Religion Reconciliation and Peacebuilding, JENA Center, International Center for Religion and Diplomacy, Initiatives for Change, Stellenbosch University and In Harmonie. During the meeting, the vision and strategic next steps for the Consortium were discussed, examining how these organizations could bring together their strengths to further support reconciliation efforts.

Opening comments were given by Priscilla Hayner, Member of the UN Standby Team of Mediation Advisers and scholar on transitional justice, who helped in framing the conversation by sharing her reflections on truth and reconciliation commissions. Ms. Hayner’s  comments highlighted the caution necessary when approaching the subject of reconciliation: “When we look at reconciliation initiatives, it’s clear that reconciliation needs to be thought of in many different ways.” In some cases, the parties to a peace agreement may assume the work of reconciliation in communities will take place, while putting little in place to formally support such processes, Ms. Hayner elaborated. The work of local reconciliation often falls to local actors who know the context well.

Furthering the discussion on gaps within the field of reconciliation, Molly Kellogg from IPTI presented research demonstrating positive outcomes that have taken place when civil society is engaged in reconciliation. Increased space for civil society actors often translated in strengthened linkages between political peace processes and reconciliation efforts.

“We need to re-envision what a post-conflict society should look like that is not just re-establishing what was there before conflict,” Dr. Lisa le Roux from Stellenbosch University said in her remarks. The inputs and experiences of women should play a formally acknowledged role in this process, she elaborated. This should not simply mean adding women to existing structures, most of which are failing, but rather, significantly transforming how sustainable peace building brings women and men together to work on the question of peace together.  Support to local actors becomes critical as they have a significant role to play in these processes of challenging the norms of society and, for example, addressing gender based violence and structural discrimination. 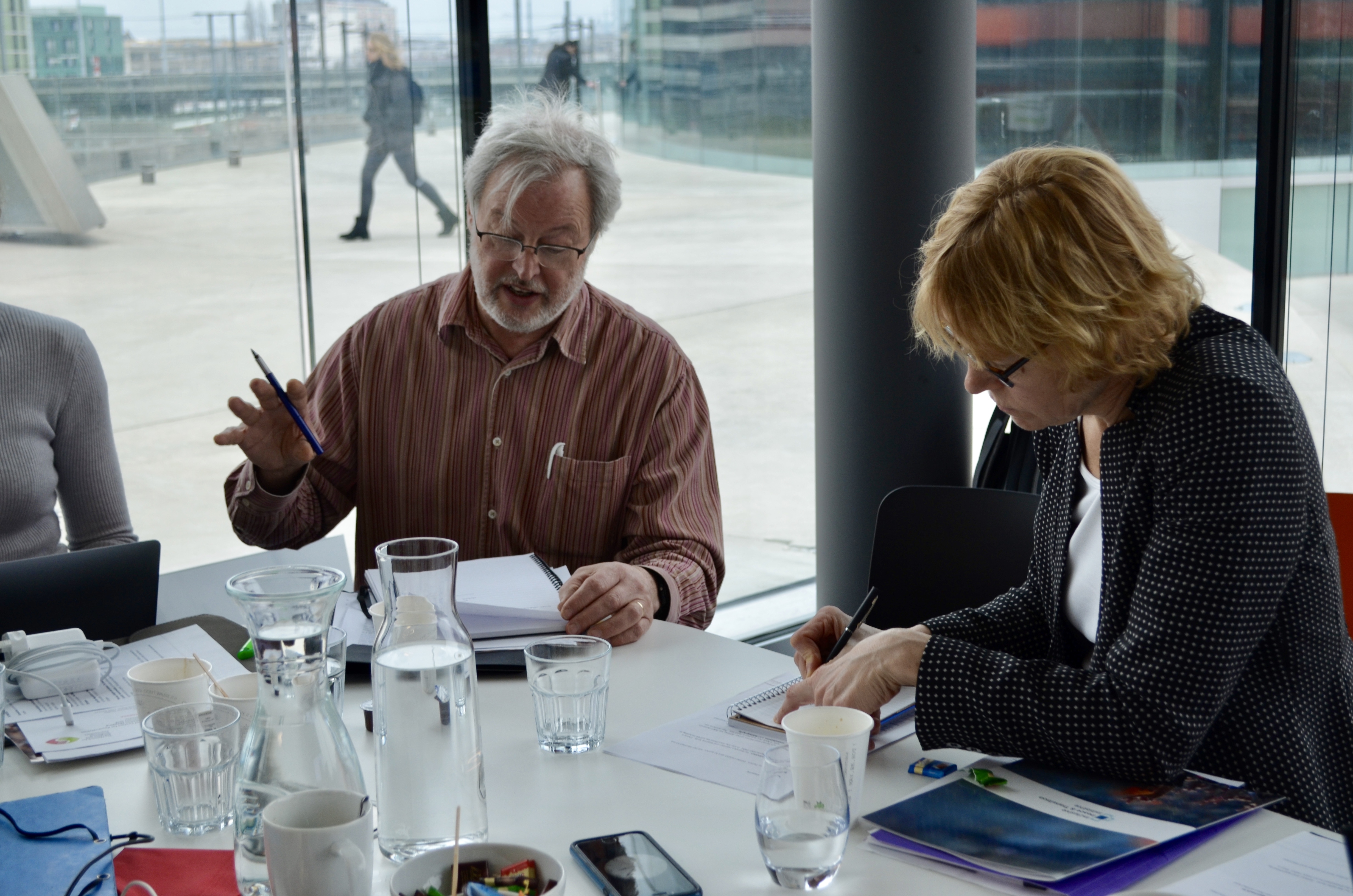 Dr. Simon Keyes leading a discussion on a reconciliation mapping process for the Consortium

All members present at the Geneva meeting committed to joining the Consortium for Reconciliation and expressed unanimous support for the leadership of Antti Pentikäinen in leading the Consortium.  Mr. Pentikäinen was mandated set up the Consortium for Reconciliation and Princeton University is considering hosting the consortium. Al Amana and Rose Castle together with Princeton University, have committed to form the structure that will later be overseen by a Steering Board.

The Consortium for Reconciliation welcomes all members of the Network for Religious and Traditional Peacemakers and other interested organizations to send their expression of interest to join the Consortium. Formal expressions of interest should include one paragraph introduction and one paragraph highlighting the type of intellectual, programmatic or resource contributions that could be made by the organization to the Consortium.  Expressions of interest should be sent to Annalisa Jackson at annalisa.jackson@peacemakersnetwork.org.

For more information, we welcome you to read: