Contextual Theology as a Contributing Mechanism to Sustainable Peace

This article was written by Dr, Mohamed Elsanousi for the Religion and Diplomacy blog at Georgetown University and is based on his remarks at the 2021 G20 Interfaith Forum in Bologna, Italy.

Religion and religious actors have critical roles to play in peacebuilding as we face a range of ongoing tensions and conflicts. The question is how can we ensure religion does not play a role in perpetuating these conflicts, but rather serves as a guiding mechanism to support sustainable peace?

There is an intrinsic link between—and a growing policy interest in—religion, peacebuilding, and violence. It is critical to identify how religion can be utilized as a key mechanism to support peace and mitigate violence. 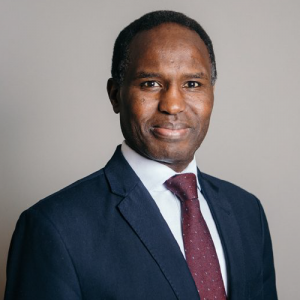 Dr. Mohamed Elsanousi, Executive Director of the Network of Religious and Traditional Peacemakers

When religious peacebuilders look at how our fellow religionists can support sustainable peace, we need to think about how theology shapes our approach to conflict resolution and dialogue. One constructive method is opening up safe spaces for dialogue, which allow intra- and inter-faith communities to discuss balanced, contextual theology and faith-based interpretations related to current issues. Contextual theology takes into consideration local customs, cultures, and traditions. Safe spaces are also ideal to share resources, experiences, and concerns related to violent radicalization or other socioeconomic issues, and they can also be useful spaces for identifying skills and tools to respond more effectively to violence.

Interpretation of sacred texts must continue to evolve alongside changing customs, cultures, and norms. That is to say, religious leaders have the opportunity to interpret scriptures in light of the needs and concerns of contemporary society. Religious groups do not have to compromise their fundamentals when scriptures are adapted to local contexts. In fact, I see the universal values of love, compassion, respect, and service—to name a few—as lying at the core of religious traditions, regardless of how progressively a sacred text is interpreted.

Religious and faith-based institutions have developed statements and other resources that promote moral values, including tolerance and mutual respect, as a basis for human rights and religious freedom.  For instance, the Marrakesh Declaration—issued by Muslim religious leaders, scholars, and politicians—champions “defending the rights of religious minorities in predominantly Muslim countries.” Similarly, the Catholic Church has developed bodies of teaching on human rights and religious freedom. Most notable is the Second Vatican Council’s Declaration on Religious Liberty, which teaches that religious freedom is the cornerstone of a society that promotes human dignity as a fundamental human right.

We have also seen religious communities adapt their theologies to welcome and accept new realities. Jewish theologians are developing contextual theology in an attempt to apply wisdom from their traditions to modern-day debates on social justice. In recent years, for example, practitioners of Reform Judaism—the largest Jewish denomination in the United States—have progressively adapted their positions on social issues.

These examples demonstrate that contextualization does not disregard from the fundamental values outlined in various faith traditions, but rather enhances them to best serve people in contemporary society and to support sustainable peace and social cohesion. That is the beauty of contextual theology—it allows one to keep their fundamental beliefs and values while adapting to a local context.

However, we know there are faith actors and faith communities that have not embraced contextual theology and rather still adhere to their traditionalist positions. Local communities must also be vigilant and refuse a theology that does not accord with their local context and culture.  We have seen a mismatch between theology and local norms quite frequently, especially in missionary work. For example, Muslim missionaries have traveled to minority communities in southern Thailand, the Philippines, and northeast Nigeria to spread religious messages and teachings.  However, these teachings may not fit the context of these local communities. The disregard for applying contextual theology can result in radicalization and even violence.

Despite the challenges within faith traditions and societies, the traditions and values encompassed in sacred texts and practices are becoming vital mechanisms to support sustainable peace. It is also important to note that international instruments do not always address the root causes of conflict. The presiding bishop of the South Sudan Pentecostal Church has argued that the importance of local communities’ customs, cultures, and traditions must be emphasized in all work to support grassroots engagement for sustainable peace. The only way that we can truly understand conflicts is through the engagement of local leaders, such as religious and traditional actors. This also includes understanding the local religious and faith-based practices and beliefs embedded in a society.

An effective contextual theology must also engage meaningfully with women and youth. In 2017, the Network for Religious and Traditional Peacemakers participated in a contextual leadership training in Nigeria that gave both Muslim and Christian women the tools for creating and sustaining collaborative mechanisms for building peaceful communities. Following this training, 347 wives of Christian pastors committed to build relationships with the wives of imams in the community.

While this was a significant engagement, it was important to recognize that the wives and religious leaders are generally part of an older demographic. We must not underestimate the importance of engagement and collaboration with religiously motivated youth. We need to stop viewing youth as the “future” and realize their present contribution.

We need to set a foundation of balanced contextual theology and interreligious dialogue in order to move forward with supporting localized peace processes. While engaging with faith communities is vital, it is important to ensure there is balanced collaboration, incorporating various local traditions and customs. This sort of interconnectedness will maximize the potential to support peaceful and cohesive societies.