Discussions on Peace, Prevention and Dialogue in Geneva

The Library of the United Nations of Geneva echoed with anticipating murmurs as the four “human books” took their seats between the shelves. Dina Ionesco from the International Organization for Migration, Shontaye Abegaz from Initiatives of Change (IoC) US and Hassan Mohamud from IoC Sweden and Network Director Dr. Mohamed Elsanousi sat among their audience and shared their path to work for peace. Be it in the field of education, support of refugees, the creation of safe spaces for dialogue, or community actions to prevent hate, the four books showed that it is the small steps, words and notions that prevent violence and ultimately lead to peace. 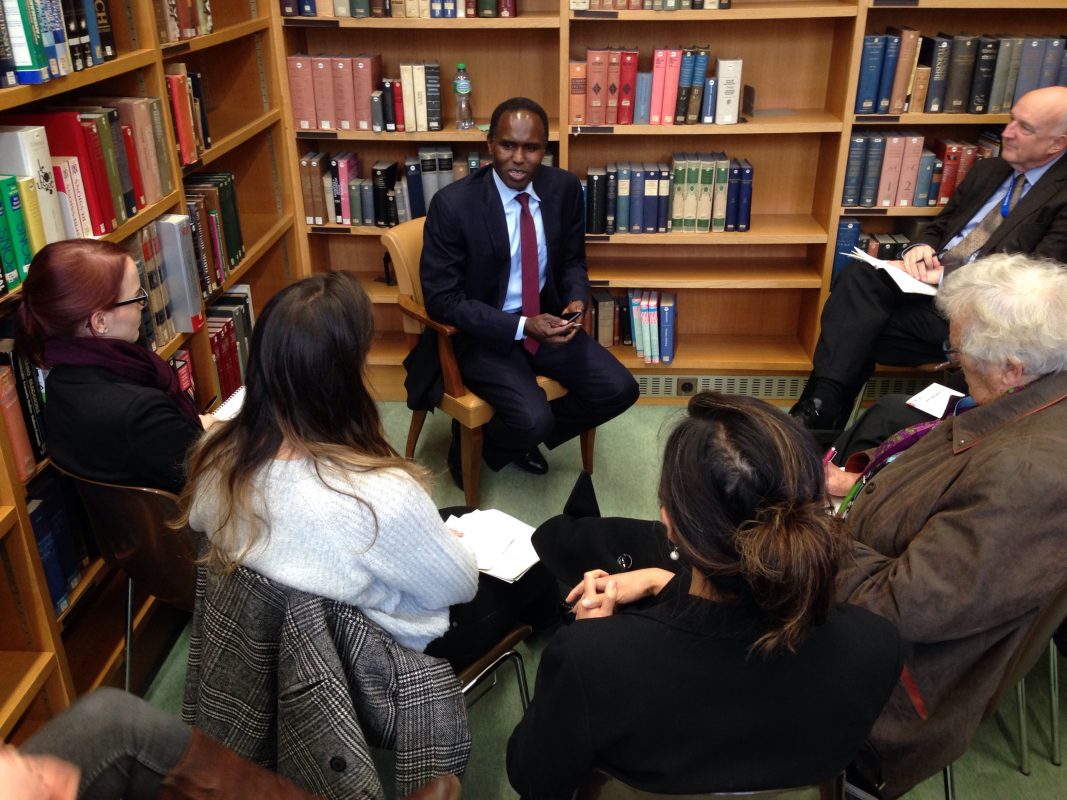 Network Director Dr. Mohamed Elsanousi shares his path from Sudan to the United States to work in the intersection of communities, organisations and officials to build trust and prevent violence.

“Prevention starts from dialogue and trust,” Dr. Elsanousi said as he recounted his life in the United States working in the intersection between state authorities and religious communities.

“We have to come up with new tools to overcome violent extremism and hate. Time and time again we see that hard security is not the solution. The strongest tools lie in the internal resilience of the community, ” Dr. Elsanousi said.

Exclusion and rejection are plasters for conflict. Engaging, debating, discussing, and digging to the root causes creating the experience of in-justices are steps leading to action to prevent conflict.

On Wednesday, a large audience gathered under the wave-like ceiling of the main hall of the Ecumenical Center and turned their eyes and ears towards a panel discussion titled “Religion – A Source of Conflict or a Path to Peace”. The panelists included Rev. Trond Bakkevig from PRIO, Catherine Germond from Cordoba Foundation Geneva, Peter Prove from World Council of Churches and Dr. Elsanousi. The discussion was moderated by Dr. Thania Paffenholz from Inclusive Peace & Transition Initiative.

The discussion drew from case examples from Israel and the occupied territories of Palestine, Iraq, the Korean Peninsula, United States, the Sahel region and Central African Republic. An approached shared by all panelists was, that promoting peace with like-minded is not enough. Preventing violence calls for addressing violence and involving the perpetrators as well.

“You have to engage the moderates and the radicals,” Mrs Germond said.
“In the end, all the people have to live together.” 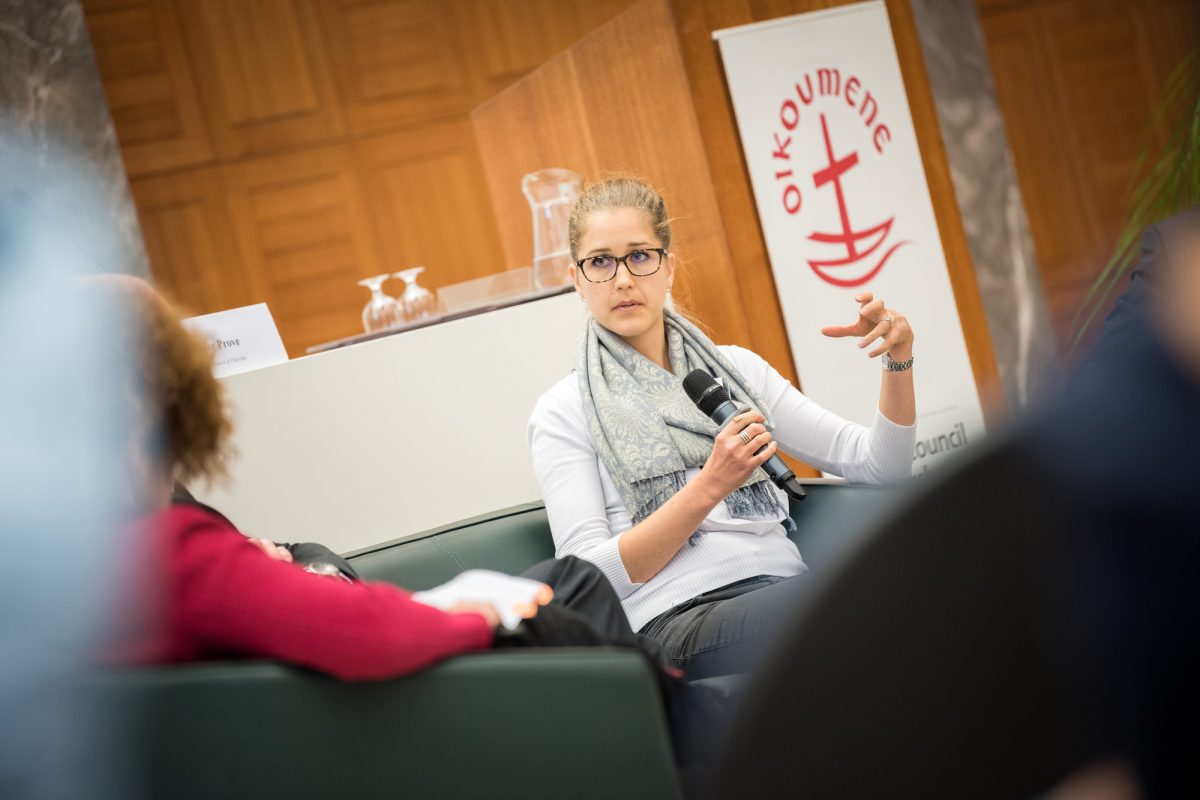 Catherine Germond from Cordoba Foundation Geneva underlined the need to engage with all spectrums of society – conservatives, liberals, radicals, and moderates – in order to build sustainable initiatives for peace. Picture by Albin Hillert/WCC.

As the discussion was drawing to the end, Dr. Paffenholz highlighted recent findings of the fresh report published by IPTI examining the role of inclusion and exclusion in peace and conflict. In most of the  conflicts studied in the report, exclusion was a root causes creating a push to violence. In a panel discussion earlier that day, Dr. Paffenholz had underlined the need for a paradigm shift – instead of reacting to violence, prevention starts from focusing on peace.

To read more about the events, visit:

Heading picture: The opening of the panel at the Ecumenical Center. Picture by Albin Hillert/WCC.