In order to support the prevention of violent extremism, the “Youth in Action for Peace” (or YAP) project aims to facilitate an interfaith dialogue process through a focus on religious scriptures and by creating local peace committees that strengthen youth’s involvement in interfaith dialogue in their communities. In addition, YAP sought to influence the development of fair, just and gender-sensitive procedures to peacekeeping in the border areas of Mozambique and Tanzania.

The iDover-project comprised a series of activities to improve religious tolerance and interfaith harmony:

In June, 3 Scriptural reasoning workshops were hosted in Tandahimba District under Youth In Action For Peace Project, which equipped youths with tools to initiate peer-driven, localized training that helps communities to build resilience. In addition, five members of trained peace ambassadors embarked upon community outreach to gain support and interest for a youth-led-inclusive platform for interfaith dialogue within the border areas of northern Mozambique and southern Tanzania.

The Peace ambassadors congregated in Miuta village and were joined by wards leadership, villagers, religious and traditional leaders, as well as government officials. Local indigenous dance groups showcased their work while also showcasing how music can be effectively utilized as a communicative tool in PVE work.  A total of 674 young people were reached in the process, this being introduced to various conflict resolution mechanisms at the community level and local leadership.

The project effectively utilized storytelling in promoting community healing and tolerance. It held a screening of a local drama film “UDINI” (religion). The drama medium aimed to facilitate the interfaith dialogue process through learned experiences with a focus on religious scriptures.

Later in June, a total of 125 youths participated in  three Ball Games for Peace events in Tandahimba. These events were organized and hosted by the local Peace ambassadors as part of YAP’s peer-driven approach. Additionally, two webinars were conveyed under the theme of “Youth Interfaith Dialogue Series”. The topics covered included “Creating pathways to Youth, Peace and Security in the Horn of Africa”; “Opportunities, challenges and intergenerational dialogue” and “My commitment to Peace”.

July marked the last month of the implementation. Accordingly, the Youth in Action for Peace project convened the following activities: 1. Publishing and distributing project magazine copies to showcase the project work and create a communication tool that raises awareness about the project’s work beyond its vicinity, 2. Youth Interfaith webinar, 3. two community outreach – activities, and finally, the documentation of success stories. 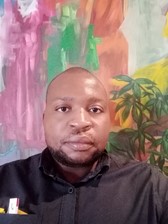 Nyasha Freeman Musikambesa is a Peacebuilding practitioner based in Southern Africa, he is an iDover who is convening the Youth in Action for Peace (YAP) project aimed at creating community-driven solutions towards promoting interfaith Dialogue amongst conflict-stricken border regions in southern Tanzania.   He has broad interests in creating open spaces for active youth participation in mainstream Peacebuilding.

The iDove Project and Capacity building support program on Interfaith Dialogue and prevention of violent extremism provides youth-driven, innovative, and context-specific responses to preventing violence. The program activities are implemented by selected seven local organizations associated with iDovers, who are youth peacebuilders from Europe, Asia, and Africa. The program contributes particularly to the advancements of the small-scale projects while supporting iDovers engagement more broadly. The Network for Religious and Traditional Peacemakers supports the actions implemented by the iDover-associated organisations to enhance their organisational capacity building to ensure timely and effective youth-led responses to preventing violence.

The information contained in the article represents the views and opinions of the author and not necessarily of the Peacemakers Network or iDove project.