Inclusivity the focus of the 6th Advisory Meeting of the Network 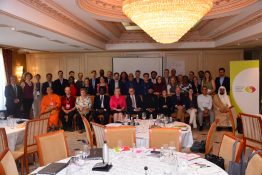 The international interfaith Conference brought together 300 participants from 50 states for three day conference from 30th May till 2nd June 2016. The participants in the meeting discussed the role of women in interfaith dialogue and countering violent extremism. The discussions were led by Nobel laureates, Shiri Ebadi (Iran) and Tawakkol Karman (Yemen), together with other high level panelists. Among other topics, the discussions highlighted the importance of freedom of speech in enabling effective communication strategies in countering violent extremism and the active engagement of women in collaboration with faith communities in developing these strategies. During the conference Interfaith Kosovo granted the Kosovo Award for Interfaith Dialogue to the Mayor of London Sadiq Khan and Monsignor Vincenzo Paglia, founder of the Community of Sant’Egidios.

Women, Youth and Religious actors as agents of change in peacemaking
The Advisory Group Meeting of the Network for Religious and Traditional Peacemakers was organised together with Interfaith Kosovo and continued the discussions on the role of women in religious peacemaking for example by highlighting the development of the Network’s inclusivity working group on gender, youth and religious minorities and its fu 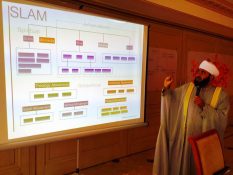 The Network got also strategic guidance in its actions on specific topics such as the development of Insider Mediator Platform, implementation of the Marrakesh Declaration, training portfolio of the Network and primary data collection on prevention of violent extremism in cases such as Boko Haram and Al-Shabaab. Moreover, the meeting provided an opportunity to discuss the regional working group model of the Network in South East Asia and opened discussions on possible collaboration models in other regions. 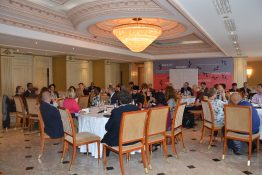 The Convener of the Network Antti Pentikäinen stressed that “the added value of the Network lies not only in its ability to provide possibilities for good collaboration between members but the Network organisations have a potential to together lead ideas and examples on more effective peace and peacebuilding efforts to be applied by the UN and other international actors”. A strong support to the work of the Network was also expressed by the Ministry for Foreign Affairs of Finland and the Mediation Support Unit of the UN Department of Political Affairs both of which are also actively engaged in the development of effective peace mediation processes.