A Network of Diversity: Interfaith Fellows Advancing Peace in South and Southeast Asia

The yearlong Fellowship program was designed with three in-person workshop phases, two in Thailand and one in Myanmar. As the gathering of the first in-person workshop of the Fellowship commenced in January 2016, Hindu, Christian, Islamic, Buddhist, and traditional community leaders — women, men and youth — from Indonesia, Sri Lanka, Myanmar, Thailand, and Cambodia sat in a circle, filling the room with energy and anticipation.

Indeed, this was an unusual space for these diverse community members of faith to occupy, as intra and inter-faith dynamics in South and Southeast Asia have become increasingly troublesome over the past decade. Most notably in Myanmar, Thailand, and Sri Lanka, there have been reports of the ever-increasing violence posed by Buddhist nationalist seeking to protect Buddhist principles and values that are being framed and utilized to limit the freedom of other minority groups. To add to this, intra and inter-religious tensions have remained evident in Indonesia. As the ongoing interfaith tensions, hate speech, and violent attacks continued to mount, the urgency of initiating an undertaking to counter the violence and to advance peacebuilding was clear.

In order to provide tools and best practices to alleviate the tension, religious clergy and key laypersons of faith highlighted the need for more specialized skills in intra and interfaith dialogue, understanding, and peacebuilding. In the course of the one-year fellowship program Fellows learned from a broad selection of regional experts, covering topics that deepened intra and inter-faith literacy, skills in conflict analyses, and the establishment of early warning and response systems. In subsequent phases, Fellows also enhanced their knowledge and skills in inclusive mediation, negotiation, dialogue processes, reconciliation, media, and communication. To add to the three in-person workshops, two remote one-on-one mentorship phases were implemented to support the work of the Fellows in their respective contexts.

Capacity and skills building was not the sole takeaway of the Fellowship. Based on direct feedback and comments following the Fellowship, many highlighted the value and impact of meeting on an inter-faith level. 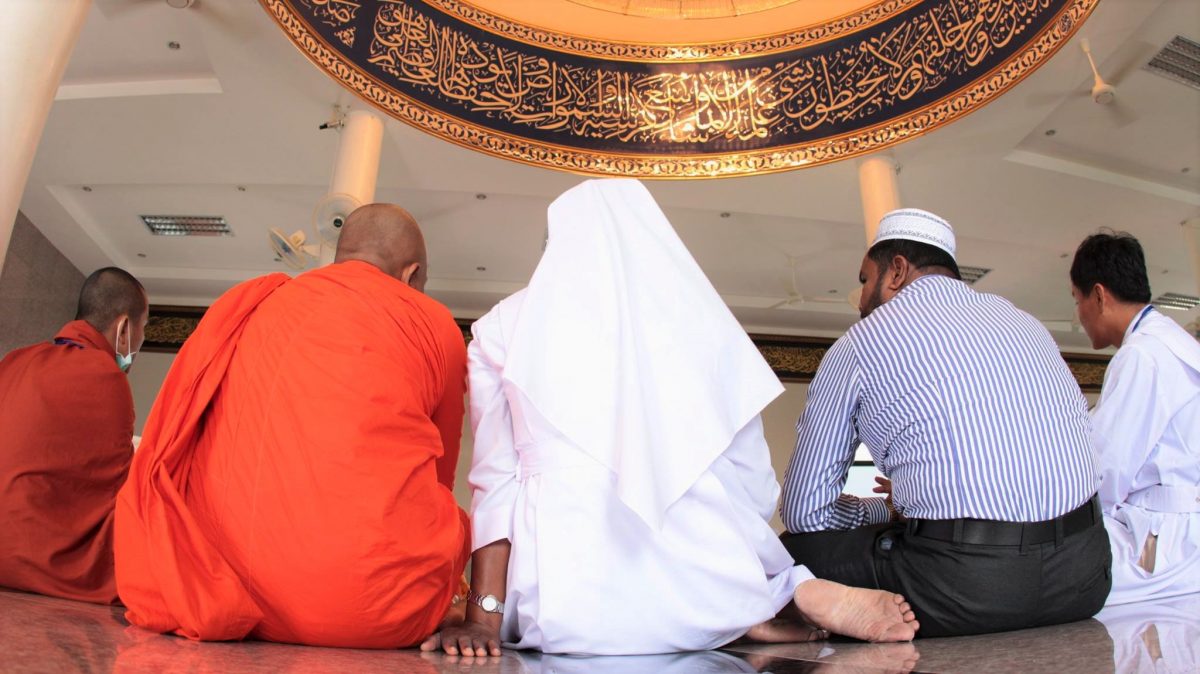 Some Fellows attended the first day of the first in-person phase of the Fellowship with trepidation, unsure of who they would meet and how the process would unfold. However, within a matter of hours, a young Buddhist monk from Myanmar requested the attention of the room. He recounted his childhood, where growing up, he learned to hate the Muslims in his community. He shared with other Fellows that, as a boy, he would eat pork with his friends and then throw the bones at the mosque as a sign of disrespect. He asked the group to forgive him for his behaviour and way of thinking.

He recounted that, after a relatively short time of listening to the Muslim Fellows in the room introduce themselves and reflect on their experiences and work, it was clear to him that Muslims were well-intentioned people, too. He had never gotten to know someone from the Muslim faith long enough to come to this crucial realization.

Personal stories shared among the Fellows brought the memories and experiences of prejudice and hate into the room, and demonstrated that all Fellows were working through the legacy of violent conflict and reconciliation. The presence of these memories and experiences of their home countries coupled with growing regional dynamics demonstrated the vital need for the Fellows to continue to work collaboratively to advance peace.

In another session the design and use of early warning systems and prevention tools was covered. This provided Fellows with a better understanding of how to recognize the initial signs for violent conflict and how to best mitigate violence even when the potential of violence is high. Fellows, particularly in South Thailand, Myanmar and Indonesia, collaborated to develop and implemented early warning and response systems in their communities.

Fellows were able to share their advancements in their own communities during each of the three in-person phases of the Fellowship. The in-person meetings were complete with field studies for enhanced learning. The two interim phases were remote individual development processes where Fellows were enabled to apply what they had learned while receiving direct feedback and mentorship from regional peacebuilding experts. 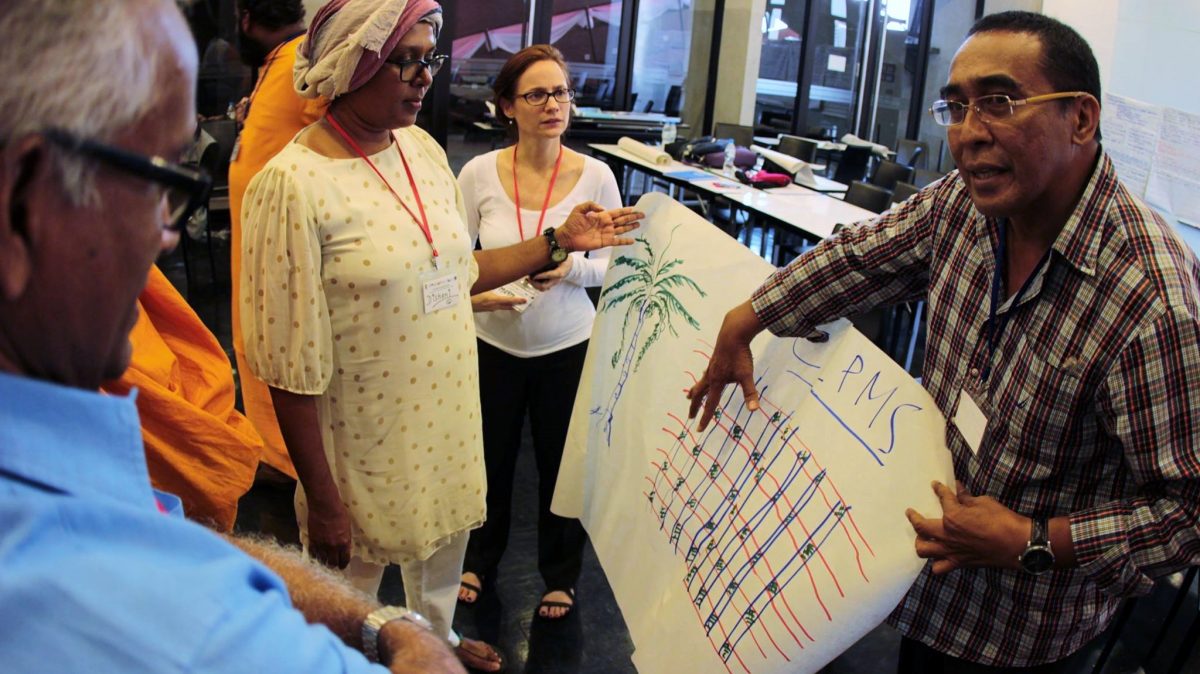 During a conversation following the Fellowship, one Muslim participant from Sri Lanka commented that he was initially nervous about attending, since he knew Buddhist monks would also be participating. The stories he had heard from others, along with news reports, was primarily about the violence and aggression of Buddhist monks against minority groups, including Muslims. He commented that it did not take long for him to see that the hearts of his Buddhist brothers and sisters were kind and sacrificial. He noted that they spoke of their work for peace in their own communities and the challenges they also face. He recalled thinking that the other Fellows wanted the same things he wanted – to work for a more peaceful world. He also recalled the realization that the price for peace does not come cheap. Peace is an effort that needs time and determination.

Since the completion of the program, Fellows have engaged in a network where they remain in contact and are able to share their current work, challenges, opportunities and provide mutual support within their home countries and across the region. Fellows from both Myanmar and Thailand have designed, utilized and provided each other advice and support in the current use of lessons learned within their communities, including early warning and prevention infrastructures, means to advance interfaith dialogues and reconciliation.

Today, Fellows are using the lessons learned from the Fellowship in order to advance and advocate for peace in their communities and in national level dialogue and peace processes. The Network continues to provide key support to this development. 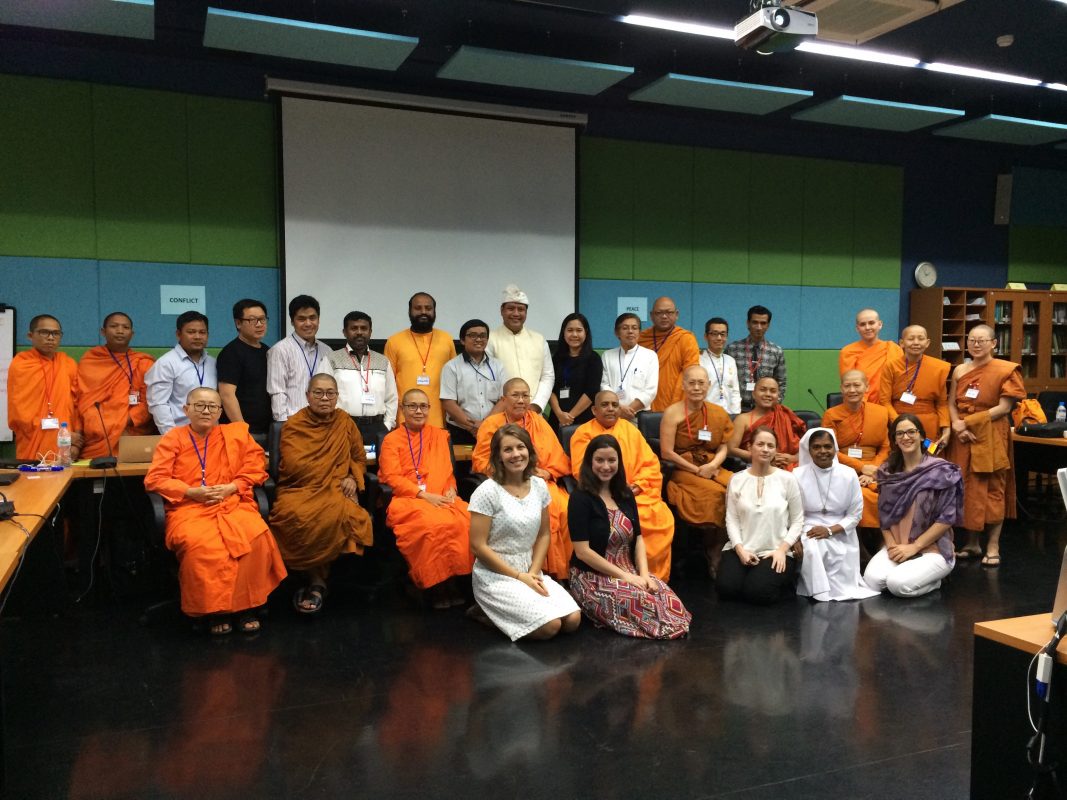 The final day of the Fellowship at Chulalongkorn University, Bangkok.