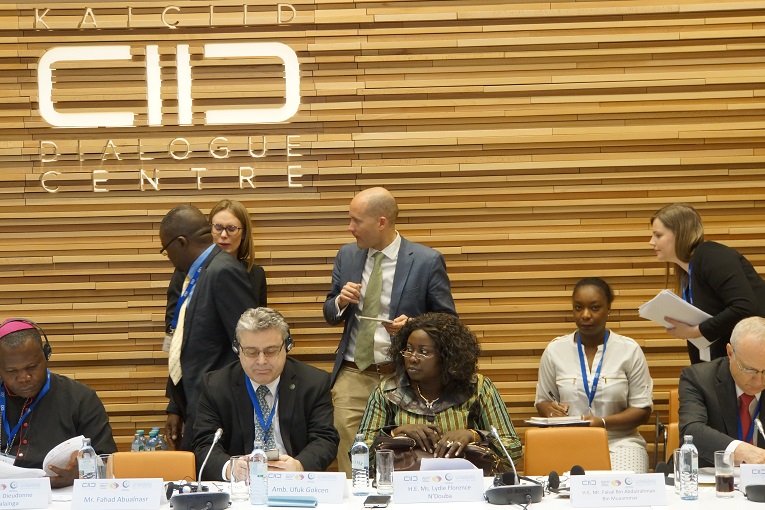 Vienna. Finn Church Aid, the Network for Religious  and Traditional Peacemakers  and the International Dialogue Centre (KAICIID) with the partnership of the Organization of Islamic Cooperations and the Forum for Promoting Peace in Muslim Societies organized Central African Republic Conference on Intra-Muslim Mediation and Capacity Building to enhance inter-religious reconciliation and social cohesion in Central African Republic (CAR)  25-27th of February 2016.

Over 40 Muslim leaders leaders, representatives from Muslim women and youth communities and civil society met in a facilitated dialogue to explore how the Muslim community in the Central African Republic, which has been challenged by internal divisions in the past, could cohesively address the problems facing Muslims in the aftermath of the civil conflict that devastated the country.

The Muslim leadership  of Central African Republic unanimously agreed to work together on a range of common issues, including but not limited to supporting the return of all refugees, from any religious background, who have been displaced by the recent conflict in the country.

The meeting was also attended by a number of international observers, including noted scholar Sheikh Bin Bayyah, U.S Ambassador-at-Large for International Religious Freedom David Saperstein, Ufuk Gokcen, OIC Ambassador and Permanent Representative to the United Nations, New York and the U.S. Acting Speacial Envoy for the Organization of Islamic Cooperations.

To express support from CAR’s Christian communities and the government, the Archbishop of Bangui,Dieudonne Nzapalainga, Reverend Nicolas Guerekoyame-Gbangou, and the Minister of National Reconciliation and Political Dialogue H.E. Lydie Florence N’Douba actively participated as observers.

“The idea of this conference was born out of the high level inter-religious delegation to CAR in April 2014 organized by the FCA, the Network and the U.S. State Department. Since then the Network has partnered with the International Dialogue Center (KAICIID) and worked closely with the Muslim Communities in CAR, the Transitional Government, The Inter-religious Platform and the International NGO’s to make this conference a success” stated Dr. Mohamed Elsanousi, Director of the Network for Religious and Traditional Leaders, Washington Office.

Dr. Elsanousi added that, the Finn Church Aid office in Bangui has been contributing to the advancement of peace in CAR since the crises and has played a major role to make this conference a reality.

KAICIID Secretary General, Faisal Bin Muaammar, congratulated the participants for their courage and openness in dialogue: “We must agree that we take from this terrible crisis an opportunity to rebuild this nation as the citizens wish to see it. The Central African Republic prior to the crisis was a model for positive interreligious coexistence: you have a chance to rebuild that model, to rebuild a nation where every citizen has an equal share in the rights and responsibilities of citizenship.”

Bin Bayyah: All Muslim and Christian groups should have tolerance

Shaykh Abdallah bin Bayyah, the President of the Forum for Promoting Peace in Muslim Societies, urged greater unity among Muslim peacemakers, “Peace is the path to justice and revenge must be replaced with honest discussions, questions, and dialogue. All Muslim and Christian groups should have tolerance. All must agree on a goal, and this goal should be peace. The Christian and Muslim groups should have groups from within their communities that represent them and are able to speak on their behalf to advocate for peace”.

Ambassador David Saperstein said that he was honored to participate in this noteworthy conference, and expressed his confidence that it would help rebuild diversity and unity in communities in CAR. Ambassador Saperstein encouraged the particiants, saying, “Today, in my opinion, we begin the process of discussing one of the most important questions about CAR’s development: what will be the role of the Muslim community and how can we facilitate a return to the harmony and brotherhood that existed in the past, and which has been broken by recent violence, and reinvigorate the social cohesion so vital to CAR’s future.” 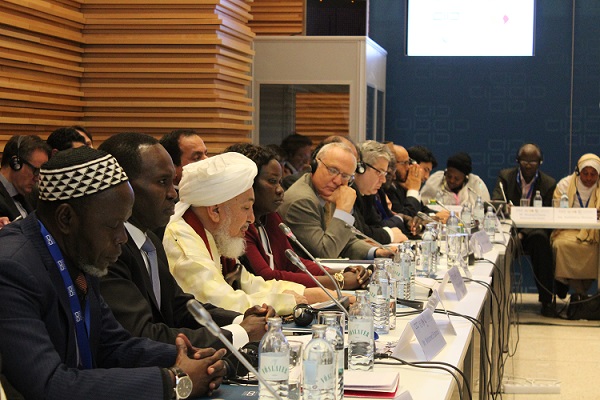 Challeneges remain. Returning refugees should be re-integrated into society, and enjoy access to housing, education and work. Women’s and youth inclusion in the peacebuilding process is far from complete. Lack of educational and economic opportunities for youth, increases  growth in crime, as well as drug addiction and trafficking. Extremists could exploit youth’s marginalization to increase recruitment.

The participants were concerned by systemic state discrimination of Muslims, and highlighted the citizenship law’s implentation to deny Muslims full citizenship. They also expressed concern that Muslims are often denied access to jobs on the basis of their religion.

The participants agreed to form a follow-up committee to implement the outcomes of this meeting, which were formulated in an action plan.