The Network for Religious and Traditional Peacemakers Goes PeaceTech

To put it simply, peacetech is peacebuilding and technology combined. For decades, technology has been used in order to wage war, but now, slowly a new trend leaning to the opposite direction has emerged. Non-governmental organizations, activists and peacemakers are turning to technology to support and build peace.

According to Stanford Peace Innovation Lab, peacetech means “any technology that can measurably increase positive engagement between two different groups of people across various different boundaries.” Peacetech can be anything from the use of data to prevent incitement to violence, the collection of early warning signals found online or a tool for the creation of a platform that enables better use of support services. As a young trade, peacetech is still seeking for a definition, and is best defined through actual, concrete examples.
: 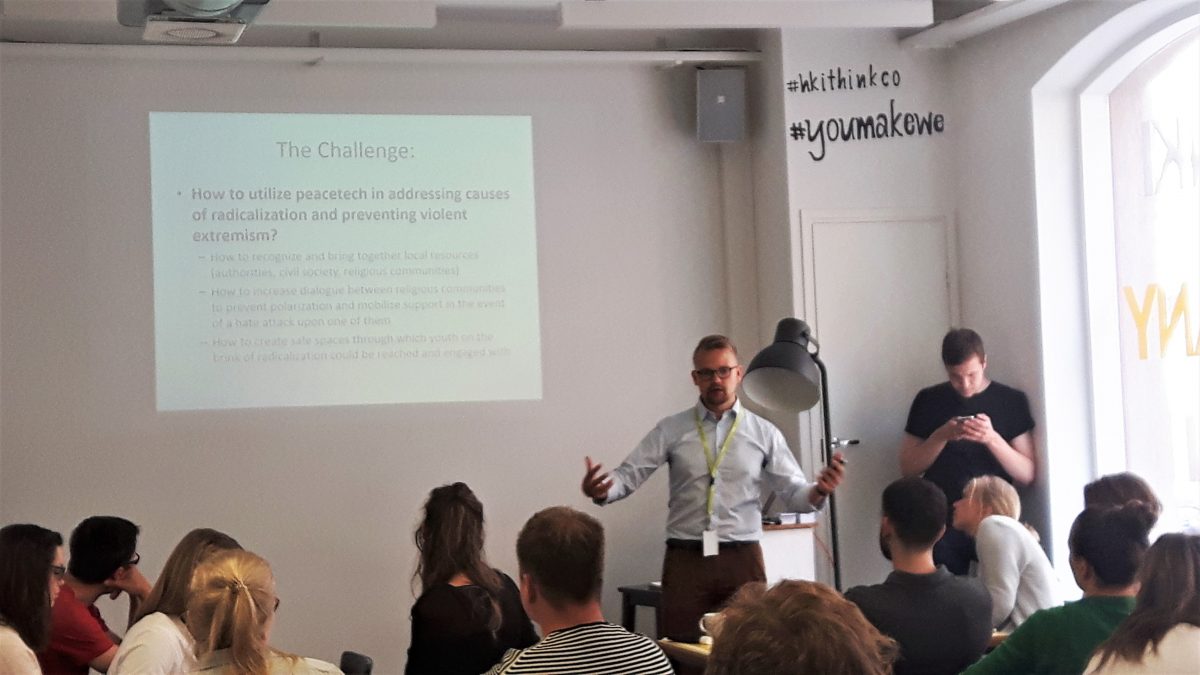 Teppo Säkkinen from the Peacemakers Network presents the program participants with the challenge: How to utilize peacetech in addressing causes of radicalization and preventing violent extremism?
.

What’s going on with PeaceTech and the Peacemakers Network?

In June, the Secretariat of the Network for Religious and Traditional Peacemakers was approached by Helsinki University’s student-run start-up network, Helsinki Think Company, with an offer to participate in a one-month League PeaceTech summer program. The terms of collaboration were straightforward: the Peacemakers Network would provide the program a challenge, and a team participating to the program would use the tools of peacetech to come up with a solution. The overarching theme of the program was to create ideas and concepts that support peace and equality.

The program started in June and remains ongoing. The program consists of co-working and workshops that are supported by professionals and mentors from various fields. The idea of the program is to engage the future changemakers specializing in technology, peacebuilding or something in between, with the organizations already working in these fields.

The challenge provided by the Network was: “How to utilize PeaceTech in addressing causes of radicalization and preventing violent extremism?” Even though approached from a local, Finnish perspective, the challenge feeds directly to and from the work the Peacemakers Network has done both internationally as well as in Finland. In Nigeria and Somalia, the Network has conducted research on the key drivers behind radicalization. In Finland, the work of the Network has focused on strengthening dialogue to address polarization, preventing the phenomenon of foreign fighters, and supporting the families affected by radicalization.

While the key rootcauses behind radicalization are context specific, there are universal aspects that have arisen in the studies conducted by the Network. Such similarities include the need to belong and be respected, economic security, and religious motivations.

With the support of the students and young professionals engaged in the League PeaceTech Program, the Network hopes to find tools in order to discover inter alia: 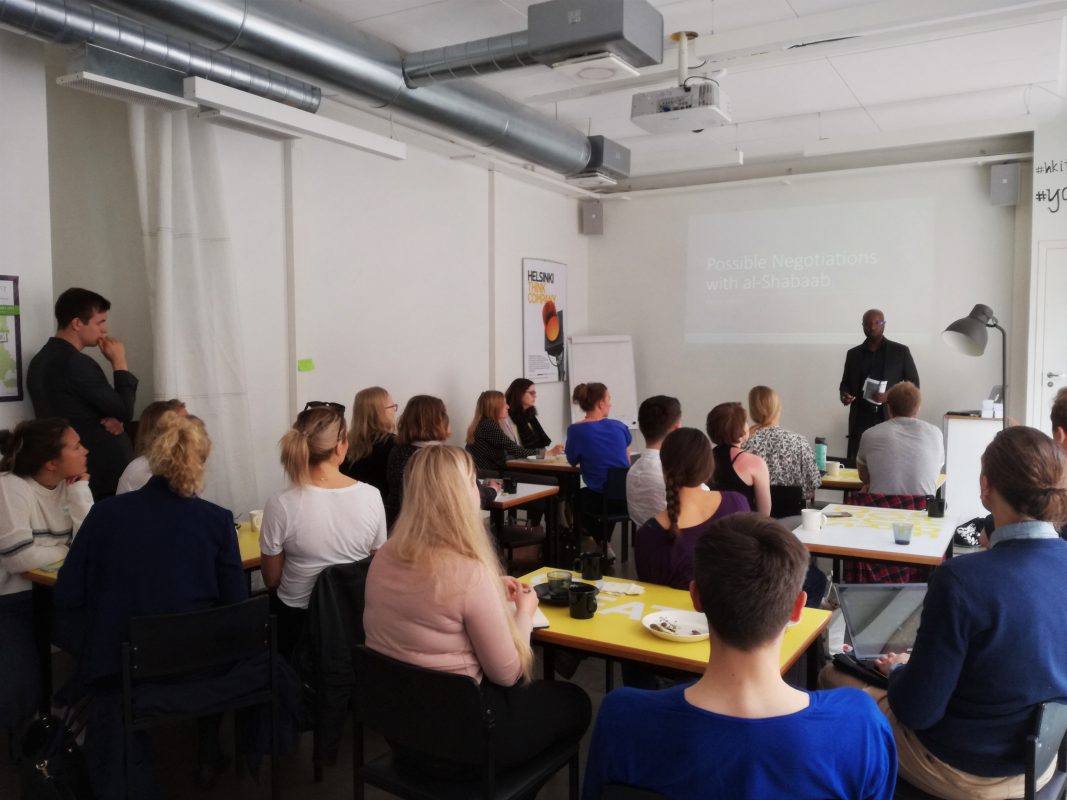 Mahdi Abdile, Head of the Network Secretariat, describes the recent research projects conducted by the Peacemakers Network on al-Shabaab.
.

The challenge was launched in the beginning of July and the final presentations will take place in the beginning of August. Throughout the program, the Network has worked and continues to work along the participants providing the students with materials, guidance and mentoring. As the Network sees it, peacetech is more than finding a gadget that fills the trends of the day. The PeaceTech Program is a chance to bring innovative thinking to concrete action. The program has enabled professionals and to-be professionals to put their knowledge into action, to inspire and be inspired, and to create solutions that answer some of the gravest challenges of our time.

To learn more about the Reach Out Program and the work the Peacemakers Network does in Finland, have a look at: www.kirkonulkomaanapu.fi/osallistu/reach-out/
The Reach Out program is supported by EU Home Affairs Internal Security Fund.

Marikki Rieppola
Intern
The Network for Religious and Traditional Peacemakers