The quote is from a research commissioned by the Network for Religious and Traditional Peacemakers and conducted by Dr. Anneli Botha and Mahdi Abdile. According to the findings, more than half of the interviewed former Boko Haram fighters did not finish secondary school.

The most prominent reasons the research identified as pulling members to Boko Haram, were the need for revenge, the need to be respected and the will to belong to a group. The key findings of the report were made public in 2016 and the full report has now been made available. 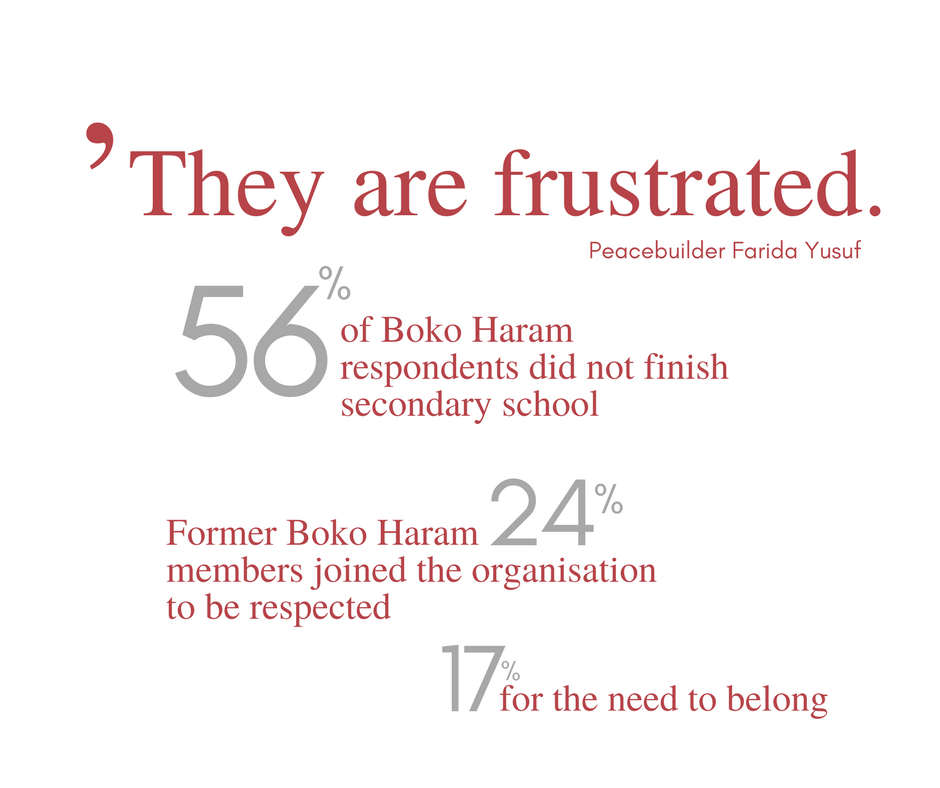 The aim of the large sample was not only to collect extensive data, but to collect data that would reveal the gaps between perception and reality in regards to Boko Haram. This comparison provided the researchers a tool to formulate recommendations that address the gaps in knowledge and expertise needed by state actors, NGOs, policy makers, and researchers to create effective initiatives to address  the actions of the group and the reintegration of former members.

In order to further strengthen the dissemination of the data revealed by the research, the Peacemakers Network has created a communication packaged accessible via Google Drive. The material is free to use for non-commercial purposes in material based on the publication.

The copyrights of the material are to be expressed:
Boko Haram: Perception versus Reality Report / The Network for Religious and Traditional Peacemakers 2017.

For further questions regarding the use of the report and the additional material, please contact communication officer Anna Tervahartiala  at anna.tervahartiala@kua.fi and secretariat@peacemakersnetwork.org.

The full report can be downloaded here.

To read more about the report, visit:

The report has also been published in the Studies in Conflict and Terrorism Journal.