From Plan to Action – A Roundtable Discussion in Helsinki

“I truly believe in you and your immense influence,” UN Under-Secretary-General and Special Adviser on the Prevention of Genocide Adama Dieng said. The room filled with representatives of Finnish religious communities, faith-based organisations and government officials listened attentively.

“Your influence can be either positive or negative,” Mr. Dieng underlined.

The day before Mr. Dieng had held a keynote speech at the 70th anniversary celebration of FCA. The theme of the anniversary was “courage”. Now Dieng urged the roundtable participants to find the courage to take leadership on the prevention of hate speech and incitement to violence.

“No country is immune to hate,” Mr. Dieng said. “The aim of this Plan of Action is to address hate before crimes are committed. It is easier to prevent than to cure,” the Special Adviser noted, sharing examples from along his career from Rwanda, Bosnia, the Central African Republic and Myanmar.

The Plan of Action was launched in July 2017 in New York in the presence of United Nations Secretary-General António Guterres. The Peacemakers Network had a critical role in both the inception of the process leading to the Plan of Action as well as the recommendations produced in the Plan.

The Roundtable discussion was one of the timely steps of transforming the plan into action. Even though case examples shared during the discussion were far from the Finnish context, the need for tools to address misunderstandings, discrimination, hate speech, and global injustice on a local level was echoed around the table. 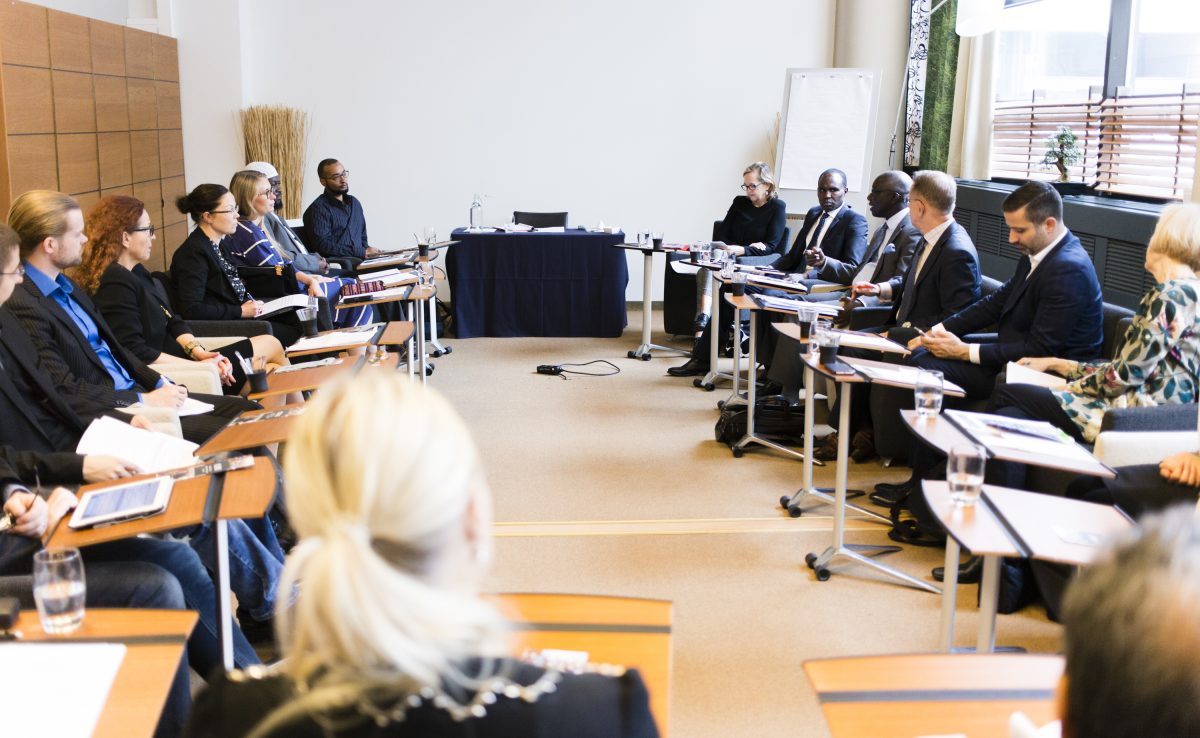 Representatives of Finnish religious communities, the government and faith-based organisations met with UN Under-Secretary-General and Special Adviser on the Prevention of Genocide Adama Dieng in a  roundtable discussion in Helsinki after the 70th anniversary celebration of FCA on the 28th of September. The discussion was led by Peacemakers Network Director Mohamed Elsanousi.

The Role of Municipalities, Youth and Global Responsibility

The process leading to the drafting of the Plan of Action began two years ago as the rise of hate crimes and incitement to violence based on religion started a steep rise in various regions. The trend was seen in the United States and around Europe, and in spite of relative calmness, Finland was not left out of this development.

The participants of the discussion echoed these developments. Youth and the media were quickly recognized as central players in reversing the current trends. The need to use the Plan of Action to address political decision-making and local municipal governments were also highlighted by participants. Another challenge raised linked to the lack of unity and leadership both within religious communities and between religious communities as a whole. The roundtable meeting answered a timely need to meet, discuss and share both grievances and ideas for possible joint initiatives addressing common challenges.

“The Plan of Action is divided into three sets of recommendations: prevention, strengthening of societal resilience, and tools for building inclusive and peaceful communities,” Mr. Dieng explained as answering comments and questions.

Even though the Plan of Action has been published and is internationally distributed, implementation relies on national strategies, the Special Adviser emphasized.

A Call for More Dialogue

One of the guests sitting around the table was Ambassador at Large of Intercultural and Interreligious Dialogue Processes Pekka Metso. Mr. Metso has been in the forefront of creating interfaith dialogues both in Finland as well as abroad and worked in order to narrow the gap between policymakers and religious communities. 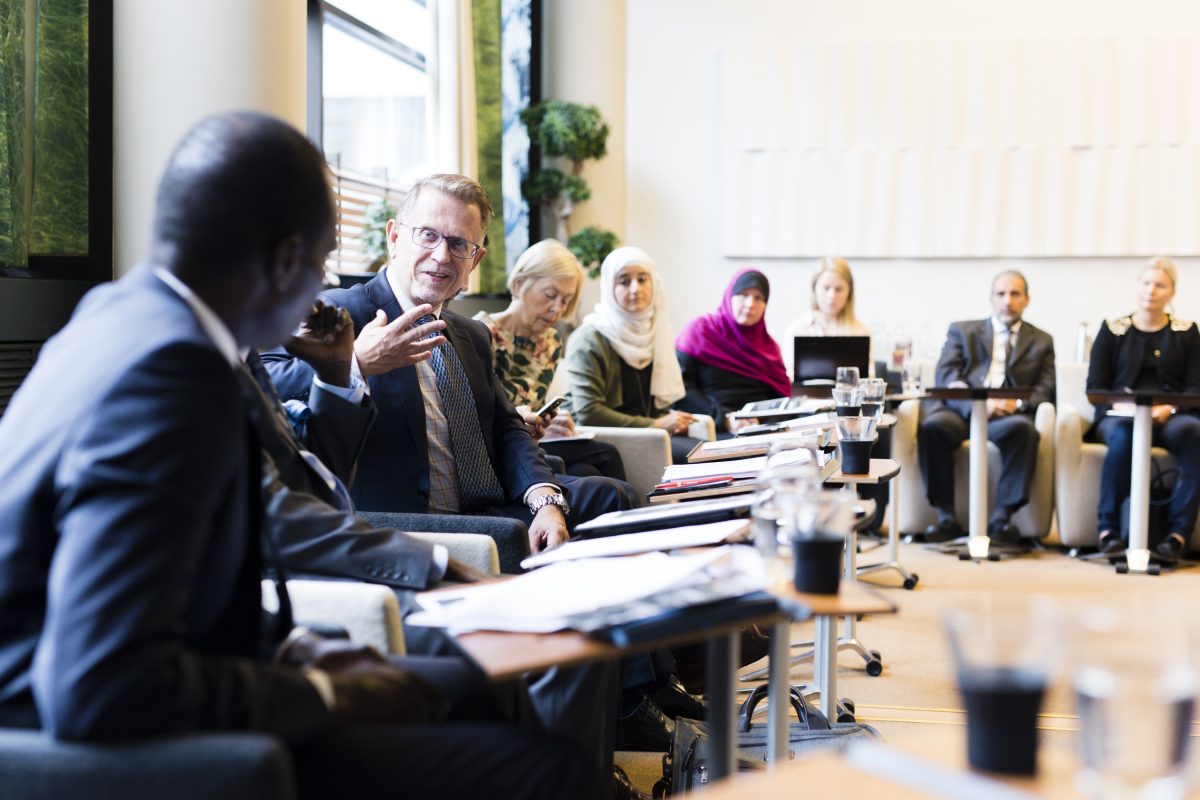 Ambassador at Large of Intercultural and Inter-religious Dialogue Processes Pekka Metso shares his experience of working between policy, diplomacy and religious dialogue.

“I learned the power of religious actors and communities while I worked as an ambassador in Bosnia and Herzegovina. The religious leaders were in some cases the ones who were able to share the actual grievances of the communities and give a real-time update,” Mr. Metso explained.

The Ambassador stressed the importance of taking religion and religious actors seriously in all levels of society and policy making.

“Our foreign policy analysis is not complete if we do not talk to religious leaders and actors,” Mr. Metso continued emphasising the critical role of religious actors, be it in international, national or local developments.

“Dialogue is not about defending our own position, but about seeking ways of working and living together,” Mr. Metso said in his closing remarks. 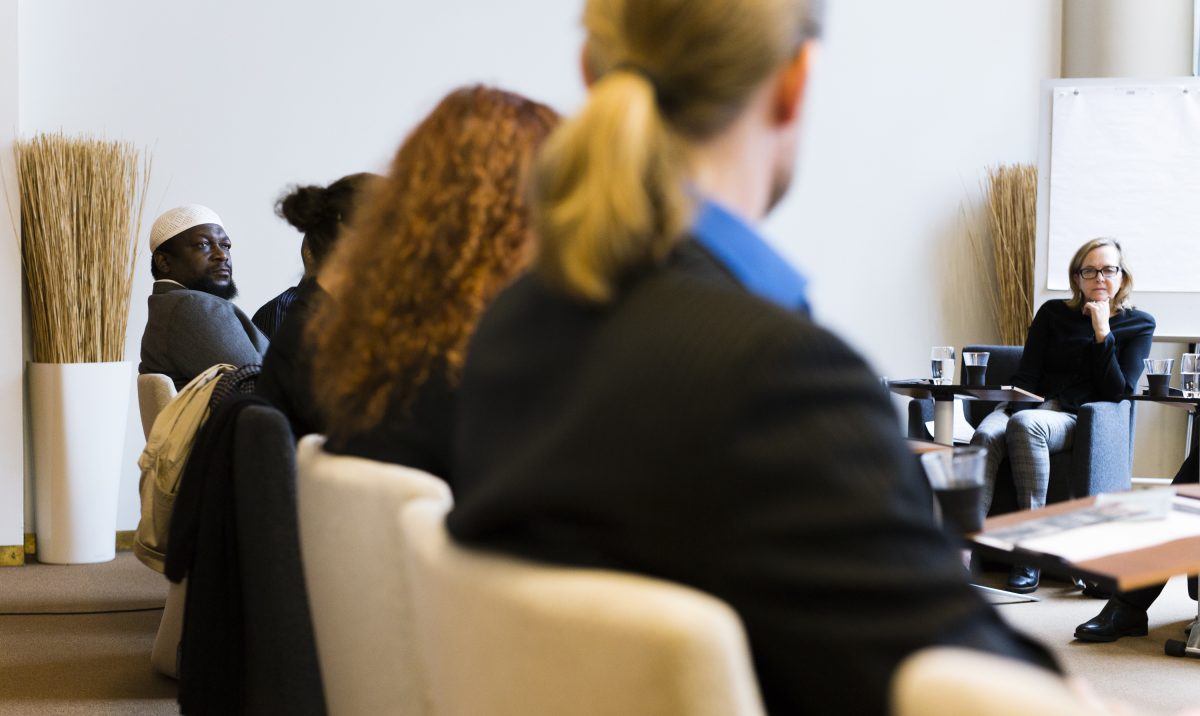 The discussions begun in the roundtable have not remained confined to the meeting room. Several participants from different religious communities have expressed their willingness to deepen collaboration and continue the discussion on the implementation of the Plan of Action in their localities.