The social fabric must be part of Libyan peace negotiations

Amman – April 13, 2015. For the first time since the outbreak of violence in Libya, key Libyan tribal leaders and traditional religious scholars from across the country gathered in Amman, Jordan to meet with Somali peacemakers in search of a peaceful resolution to the violent conflict and to consider lessons learned from the various Somali peace processes.

The gathering, held on the 8th and 9th of April, was sponsored by the Network for Religious and Traditional Peacemakers, a global initiative dedicated to promoting the inclusion of tribal and religious figures in peace processes, and Libya Institute for Advanced Studies (LIAS), a private Libyan NGO dedicated to building capacities within the country.

Participants came together in a workshop with the understanding that the key to conflict resolution is through engaging citizens who represent the nation’s social fabric: its tribes, clans and communities along with traditional religious scholars.

“Both Libya and Somalia have suffered from catastrophic internal conflicts that have been driven by violent extremists,” said Ali Hamouda, LIAS facilitator. “The only way these forces can be defeated is through national consensus. In traditional societies like Libya, national consensus needs to be achieved at the level of our social fabric – through our tribes, clans and communities that represent the real structures of authority in the country and with the wisdom and knowledge of our traditional scholars. While Somalia and Libya are two very different countries, both have been plagued with civil strife and violent, ideologically-driven extremism. Our Somali colleagues have been grappling with conflict resolution for decades. Their efforts have significantly contributed to the improvement of Somalia’s social and political situation. We hope to learn from their shared experience.”

“It took the international community 15 unsuccessful peace negotiations in Somalia before it dawned on anyone to include tribal and community leaders,” said Mahdi Abdile, “Warlords and politicians, with no support from civil society, meeting in 5-Star hotels in neighboring countries can never resolve conflicts without the participation of the enduring and authoritative social networks in Somali society. This is a hard learned lesson, and one that Libyan social leaders and peace negotiators should take on board,” he said. 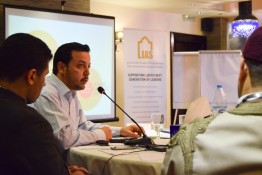 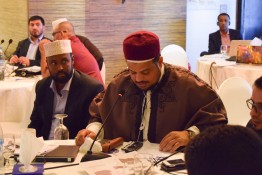 The Somali participants have led important intra- and inter-clan reconciliation efforts and participated in the setting up of a transitional political structure in Somalia. Workshop sessions covered the foundations of both conflicts, tribal disputes and reconciliations, dialogue with armed groups, the integration of tribes into state structures, and the role of religious scholars in resolving conflict. In a panel discussion, Somali peace activists showed how the absence of tribal and community participants doomed the Somali peace process to repeated failure.

With lessons from the Somali experience, Libyan participants encourage peace negotiators to make an effort to cultivate a deeper understanding of and engagement with the Libyan social fabric. They are calling on the international community to empower truly representative peacebuilding efforts that engage with a cross-section of the Libyan social fabric, particularly with youth and Libya’s traditional religious establishment.

Workshops were attended by observers from the UN Mediation Support Unit, UN Department of Political Affairs, the Dialogue Advisory Group, Royal Aal al-Bayt Institute, World Islamic Sciences University, Centre for Humanitarian Dialogue and others working in the field of peacebuilding.

Libya Institute for Advanced Studies (LIAS) is a Libya-based education, training and advisory institution provides the opportunity for cutting-edge research and learning in Libya. Founded in 2012, LIAS offers advisory services and training, ranging from 360° consulting services, through to professional education and degree programs for professional and personal development.

The Network for Religious and Traditional Peacemakers is a global initiative established to provide global support for grassroots to international peace and peacebuilding efforts. The Network was initiated as a collaborative effort between Finn Church Aid (FCA), the UN Mediation Support Unit in the Department of Political Affairs (UN MSU – DPA), the UN Alliance of Civilizations (UNAOC), the Organization of Islamic Cooperation (OIC), and Religions for Peace (RfP), with Finn Church Aid acting as the Network’s secretariat. The aim of the Network is to improve the effectiveness and sustainability of peace focused efforts through collaboratively supporting and strengthening the positive role of religious and traditional actors in peace and peacebuilding processes.