Religion – Beyond a Security Threat

The Transatlantic Policy Network on Religion & Diplomacy (TPNRD) was initiated in 2015 to address the need for capacity building, research and knowledge sharing for practitioners and experts working in the intersection of diplomacy, policy and religion. Since its initiation, the Network has grown into a tight, yet informal, network of diplomats who meet twice a year on both sides of the Atlantic.

As one of the participant put it, many of the members of the Transatlantic Network work either alone or with limited resources in their respective offices. Even though countries, circumstances and contexts change, similar questions related to the position of religion in relation to the private and public sphere, politics, and legislative measures were echoed by several Network members.

“The participants of the Network all serve in North American and European foreign ministries that currently share many of the same challenges with the work done in the field of religion and policy,” Judd Birdsall, the executive director of the TPNRD, said after a day of presentations and discussions. “For a long time, policies have been formulated with the assumption that policy and religion are something that do not, and should not, meet. The reality is, that the world is pervasively religious and smart diplomacy must take religion into account.”

Birdsall has closely followed the changing nature and position of religion in relation to the public sphere. A former U.S. diplomat, Birdsall served in the U.S. State Department’s Office of International Religious Freedom and on the Secretary of State’s Policy Planning Staff. He was also the founding chair of the Department’s Forum on Religion & Global Affairs. Throughout his career, Birdsall has both worked, written, researched and spoken widely on themes related to faith and foreign policy. During the past years Birdsall has seen the public role of religion grow, yet religious literacy among diplomats has grown more slowly.

“We are still seeing some reluctance to engage religious actors and a fear of initiatives that might appear to make diplomacy more ‘religious’ or that emphasise the religious dimensions of conflicts,” Birdsall said.

Heading picture: Archbishop and head of the Finnish Ecumenical Council Kari Mäkinen opened the conference of the Transatlantic Policy Network on Religion & Diplomacy.

The conference held in Helsinki was hosted by the Foreign Ministry of Finland and organized with the leadership of ‎ambassador-at-large for inter-cultural and inter-religious dialogue processes Pekka Metso. With a long history of a state church and an Evangelical-Lutheran majority religion with a congregation comprising of 72 percent of the population, Finland provided a case example for the peaceful co-existence between minority and majority religions.

“Finland has a strong majority religion that has largely succeeded in welcoming minorities and fostering communal harmony between religious groups. Of course there are challenges, but the Finnish experience stands in contrast to many contexts where majority religions are far more monopolistic”, Birdsall said.

The conference was joined by the National Forum for Cooperation of Religions in Finland (CORE) founded by Jewish, Evangelical-Lutheran, Islamic and ecumenical communities and societies.

Even though Finland has provided successful models for peaceful coexistence between religious groups, challenges related to the rise of hate speech and the space of minority religions in the public sphere are timely also in Finland. One of the current debates highlighted by the representatives of CORE was the challenges faced in providing religion classes for school children.

“If there are more than three children of a non-Evangelic-Lutheran religion in class, the children must be provided with classes of their own religion. When it comes to, for example, Islam, in many places this is not happening,” Atik Ali, the director of CORE said.

“The teaching of religion not only serves the minority, but the majority as a whole. The children of the members of our congregation receive language and culture training once a week. This is not limited to the teaching of Islam, we teach Christianity and Judaism as well,” Ali continued. 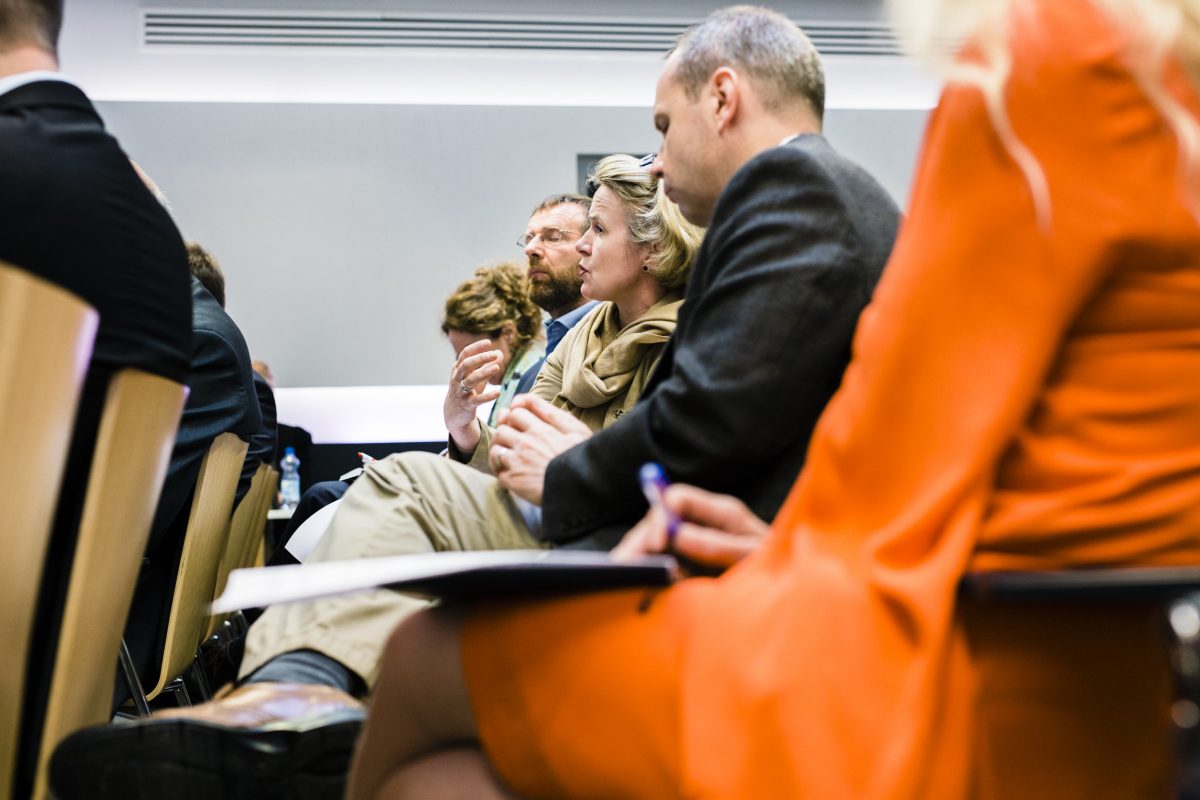 Merete Bilde, Senior Policy Advisor, from the European External Action Service participates in the discussion on the Finnish experience of the relationship between religion and policy.

From Threat to an Agent of Positive Change

“In the long run the big question is, how are we able to help policymakers operating in a world of one-page memos understand the nuances of religion and what religion is and means,” Birdsall noted.

To answer the challenges faced by the members of the Transatlantic Network, Birdsall emphasised the need for more research, knowledge sharing and cooperation both within Europe as well as across the Atlantic. Changing the negative way religion is often portrayed in public and political discourses calls for compelling research showing the positive impact religion can have in regards to development, stability – and security.

“What we still need to work on is, how to break the presumption that the more religious you are the more dangerous you become – when in reality it can be quite the opposite.”