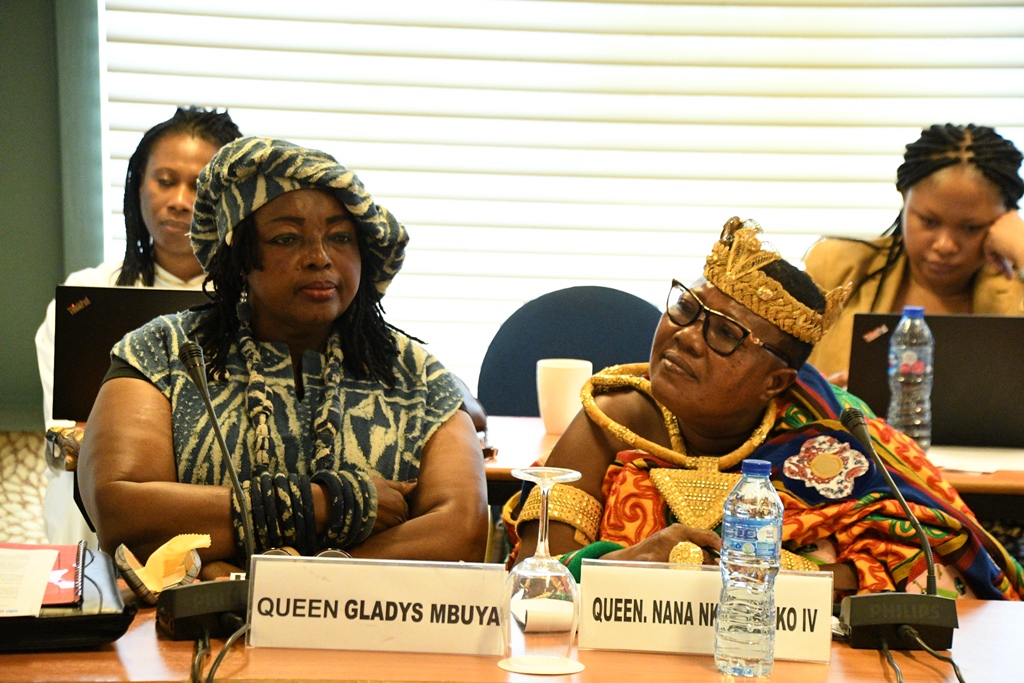 The Network for Religious and Traditional Peacemakers, in partnership with the United Nations Office on Genocide Prevention of the Responsibility to Protect led a two-day technical global consultation in Abuja, Nigeria with traditional leaders and actors from across five regions. This was the first meeting in the history of the UN where different ethnic, indigenous, clan communities, and representative of traditional societies and people, gathered to discuss their roles and responsibilities to prevent atrocity crimes, including mediating in situations at risk of these crimes.

Speaking on behalf of the National Council of Traditional Rulers of Nigeria, His Eminence, Alhaji Muhammadu Sa’ad Abubakar III, Sultan of Sokoto commended the aim and objectives of the gathering, urging greater engagement with traditional leaders for peacebuilding initiatives and promoting values of tolerance and coexistence. His Eminence further stated that the recommendations and action points at the conclusions of the gathering must be implemented and not forgotten. 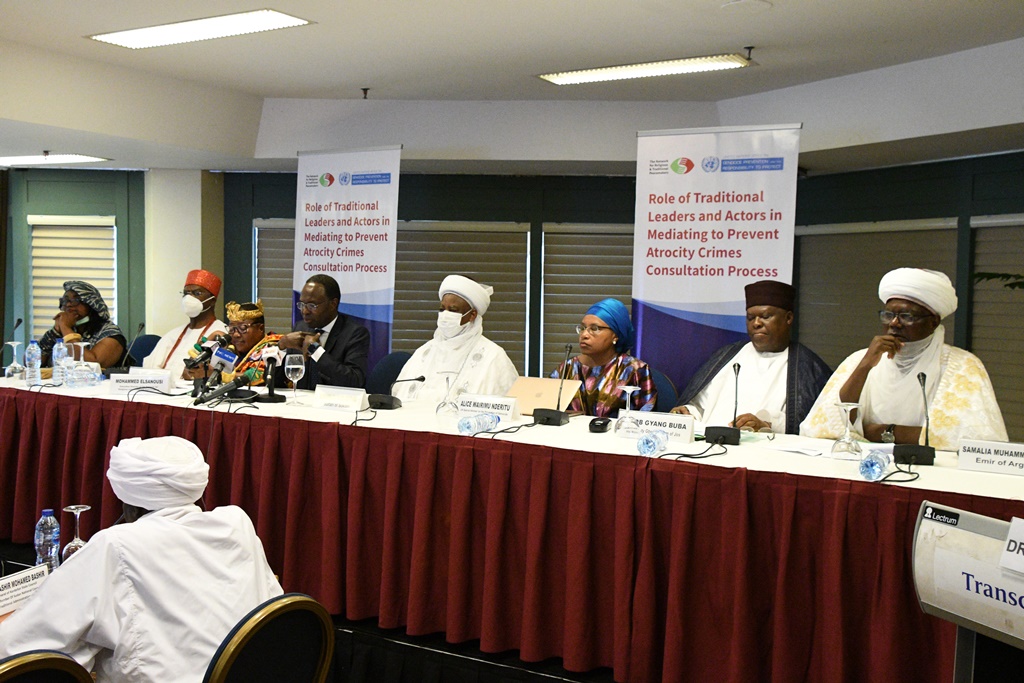 consultations consisted of five sessions, covering definition of atrocity crimes, genocide, war crimes, and crimes against humanity; role and contribution of traditional leaders and actors in preventing atrocity crimes and mediating in situations at risk of these crimes; engagement of women and youth in the prevention of atrocity crimes; and best practices and lessons learned.

There was a broad consensus that traditional authorities, such as ethnic chiefs, heads of clans, or community leaders hold a significant role in local governance, security, taxation, and conflict mediation, especially in the absence of state authority. Speakers highlighted that these actors have historically managed their critical roles by establishing “governance systems,” which include, but are not limited to conflict prevention, dispute mechanisms, peacebuilding and humanitarian initiatives, and hold credibility and legitimacy within the communities they serve. Their role to mediate in situations at risk of atrocity crimes and contribute to the prevention of these crimes is of particular relevance. Their actions can be timelier and more effective than those of any other actors, contributing to solve disputes and conflicts and save lives. However, at times, both, the actors and governance systems, are not fully utilized because they have been weakened by recent armed conflict or modern states’ effort to delegitimize traditional leaders and actors. In some states, traditional leaders and actors are officially recognized by the government, while in other contexts they are not.

Speakers also stressed the need for more meaningful engagement/representation of women and youth in peacebuilding and conflict resolution, especially since they have different perspectives and insights into social, political and security issues.

The outcomes included a draft Plan of Action for Traditional Leaders and Actors to Prevent Atrocity Crimes, which includes five recommendations:

As next step, this Plan of Action will be presented and discussed in five regional consultations with traditional leaders and actors to put the document in context and explore regional diversities, expertise, and solutions. Information from the global forum and the regional consultations will be then collated into the Plan of Action for Traditional Leaders and Actors to Prevent Atrocity Crimes.

This consultation was co-hosted by the Sultan of Sokoto His Eminence Sa’ad Abubakar Muhammadu III, Gbong Gwom of Jos His Majesty Da Jacob Gyang Buba and Obi of Onitsha His Royal Highness Nnaemeka Ugochukwu Achebe.