Women to the Forefront

“Representation does not translate to influence,” Fadumo Dayib begins. The former presidential candidate knows what she is talking about. Quotas and talk of women’s participation is not the same as power and influence.

“Women have always had a very informal part in politics and peacebuilding in Somalia. Now it is time to formalize this position.”

In 2015 Mrs. Dayib decided to run for the office of the president of Somalia, but in 2016 she left the race once it had become clear that given the indirect electoral system, she did not stand a chance. Running for the first seat of a nation has its challenges, not to mention in Somalia. Running for the presidency of Somalia as a woman is something out of the ordinary, and running for the position as an outspoken and change-oriented woman is a different ball game.

In an interview Mrs. Dayib gave for Helsingin Sanomat during the race, the candidate made it clear that winning was not the endgame. Leaving the race did not mean giving up the dreams for change, equality, and a democratic Somalia. Quite the opposite. The race was a tool to stir the status quo, to draw international attention to Somalia, and to underline a need for drastic change — especially in regard to gender equality. 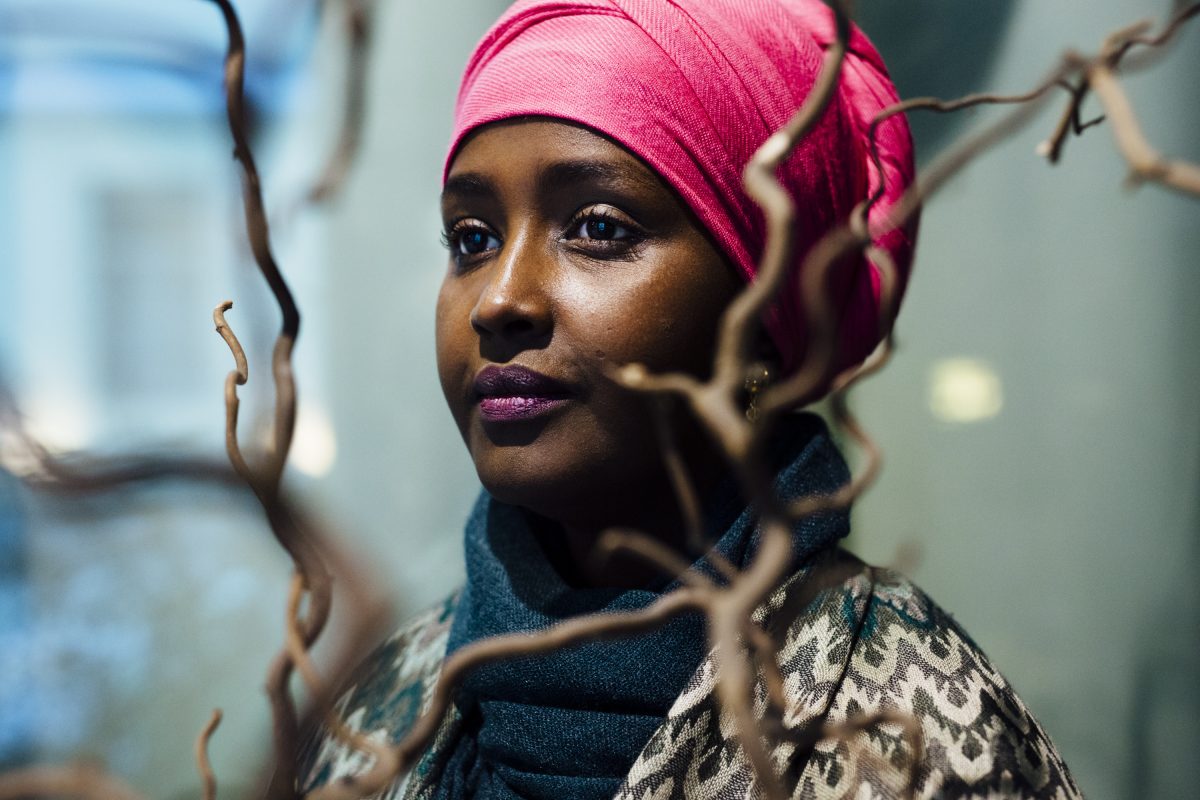 Since 2017 Mrs. Dayib has worked as the Acting Head of UN Women in Somalia. The current position has provided her the chance to combine humanitarian work with political engagement. Since the collapse of the Somali state in the 90’s, women have almost fully evaporated from decision-making tables and the private sector. Filling this gap is one of Mrs. Dayib current priorities.

“This is not the way things have always been,” Mrs. Dayib notes.
“Women used to have a central role in the Somali society. There was even equal pay.”

Even though women have been left out of power in peace negotiations, the conflict has both directly and indirectly taken a drastic toll on them. According to UN Women statistics from 2011, 98 percent of women in Somalia had undergone some form of genital mutilation, and 45 percent were married before they reached 18 years of age. In 2006, only 25 percent of women aged 15-24 were literate. According to the United Nations Office for the Coordination of Humanitarian Affairs (OCHA), the recent drought has further deepened the prevalence of gender-based violence. Women are carrying the heavier brunt of the famine.

It is clear that the foundation for inclusivity is a weak. The need for support is obvious both in terms of basic humanitarian aid and active lobbying for equality. In spite of knowing this, Mrs. Dayib remains cautious about calling for the capacity building of women.

“Capacity building is the classic solution. It is presented as a tool to empower women and support their impact in decision-making. Yes, the need for capacity building cannot be undermined, but at the same time, it has to be recognized that there are men in positions of power with an equal lack of capacity. Yet no one calls for the capacity building of these power-holders,” Mrs. Dayib says.

“The assumed lack of capacity of women cannot be used as an excuse for the non-inclusion of women.”

This is not only the case in Somalia, Mrs. Dayib notes. Regardless of context, women and other marginalized groups are repeatedly required to exceed given standards to fit the norms. 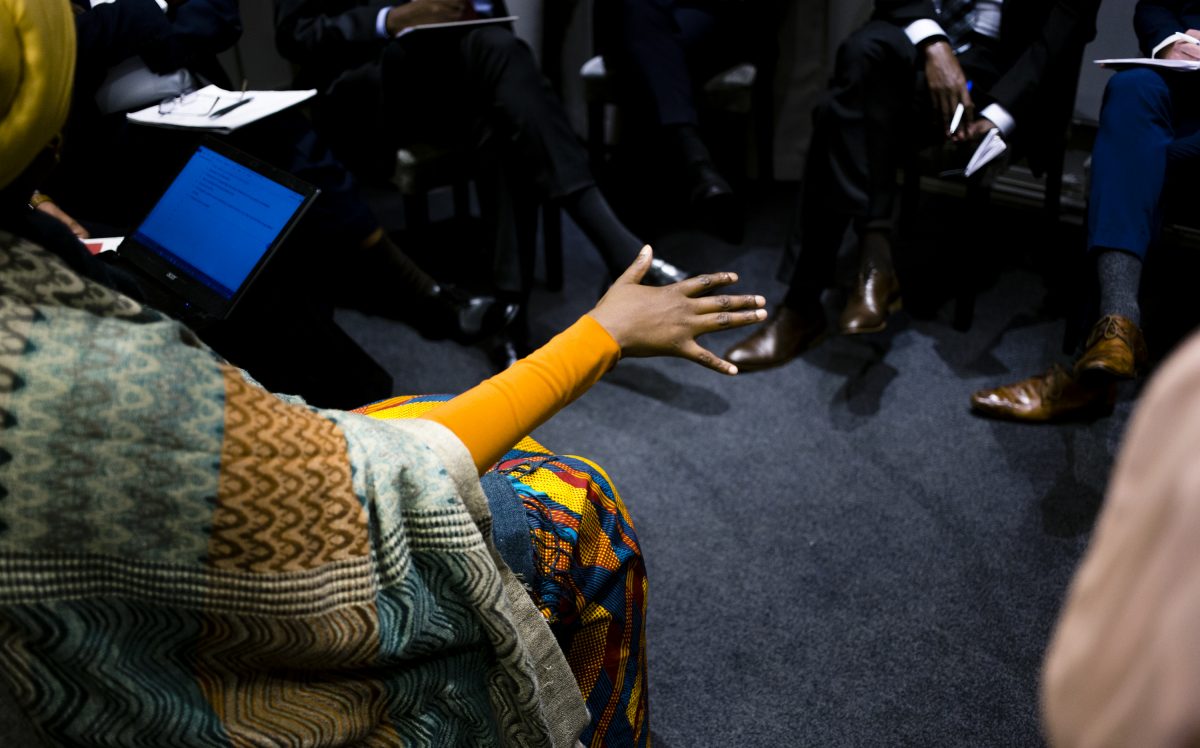 When speaking about equality, the head of UN Women Somalia makes it clear that equality is not simply about equal rights. Equality is independence. This in turn is directly linked with economic empowerment. Mrs. Dayib wants to see Somali women regain their role in economic leadership, and hopes to see a country where women are able to sustain themselves and their families independently. This will call for holistic development in both economic institutions, an ever-stronger battle against corruption, and an emphasis on working rights, Dayib highlights.

According to a recent World Bank report, conflicts financed at least partially by illicit trafficking lasted six times longer than conflicts without such characteristics.

A new tax system was introduced to Somalia in 2014, yet close to 40 percent of Somalia’s annual budget comes from foreign funding. The unemployment rate of men is close to 60 percent and that of women more than 70 percent. The challenges faced in Somalia are drastic. Yet so is the potential.

“Like it or not, women are the funders of the state and its leaders. It is high time women also have a say in how things are done,” Mrs. Dayib ends. 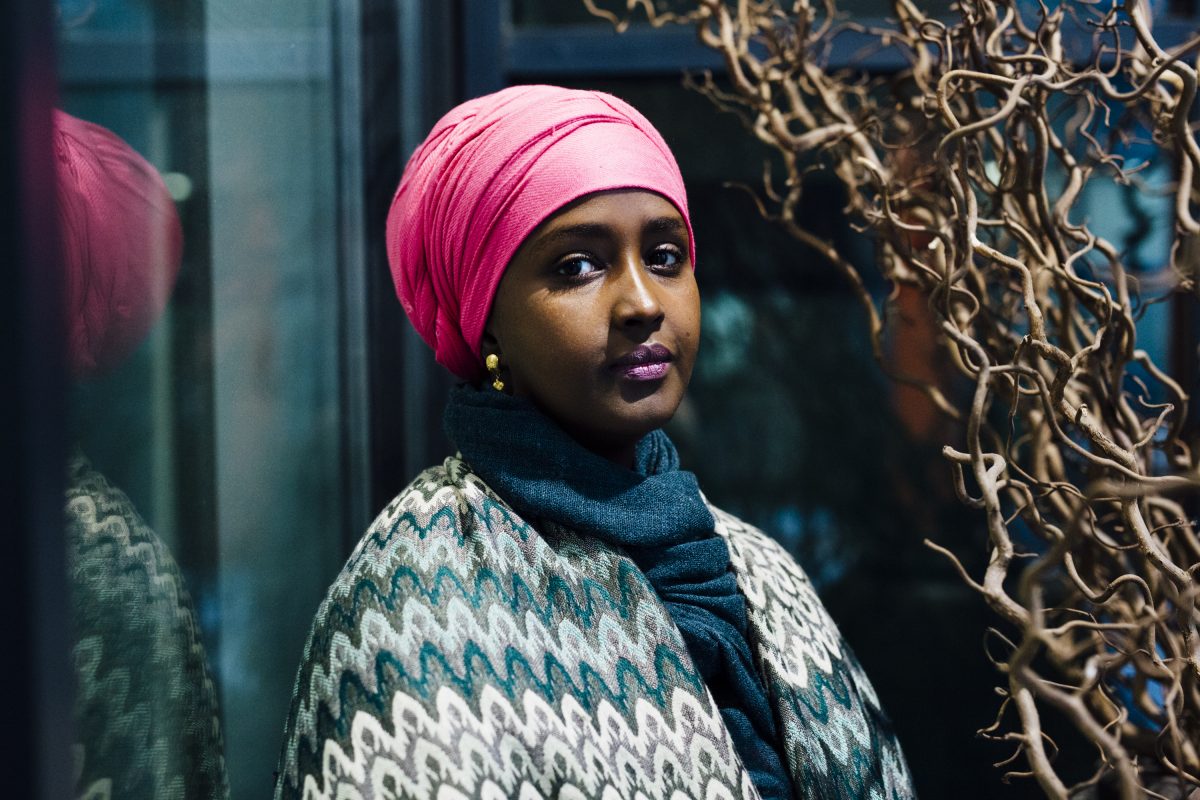 Fadumo Dayib participated in the Consultancy Meeting of Somali Ministers in Helsinki, Finland. To read more about the visit, see:  Ministerial Delegation from Somalia Visits Helsinki to Discuss Reconciliation, Education and the Role of the Private Sector in Development