Over 60 women, youth and religious/traditional leaders convened at the Network’s first Inclusivity-based Community of Practice meeting, held on Tuesday, October 19 following a networking event the day before to introduce participants and build trust. The newly launched Inclusivity-based Community of Practice aims to build and cultivate learning, relationships, and partnerships between these groups. The focus of this meeting was to create space for open and honest reflections and dialogue between religious and traditional leaders with the women and youth-led organizational representatives present on how to improve approaches to partnership and collaboration with religious and traditional leaders in their communities. This common barrier was cited within the Network’s 200+ consultations with women and youth-led and focused organizations. This launch created the opportunity to hear about best practices and lessons learned on how to improve approaches and relationships with faith and traditional leaders for future partnership and collaboration. 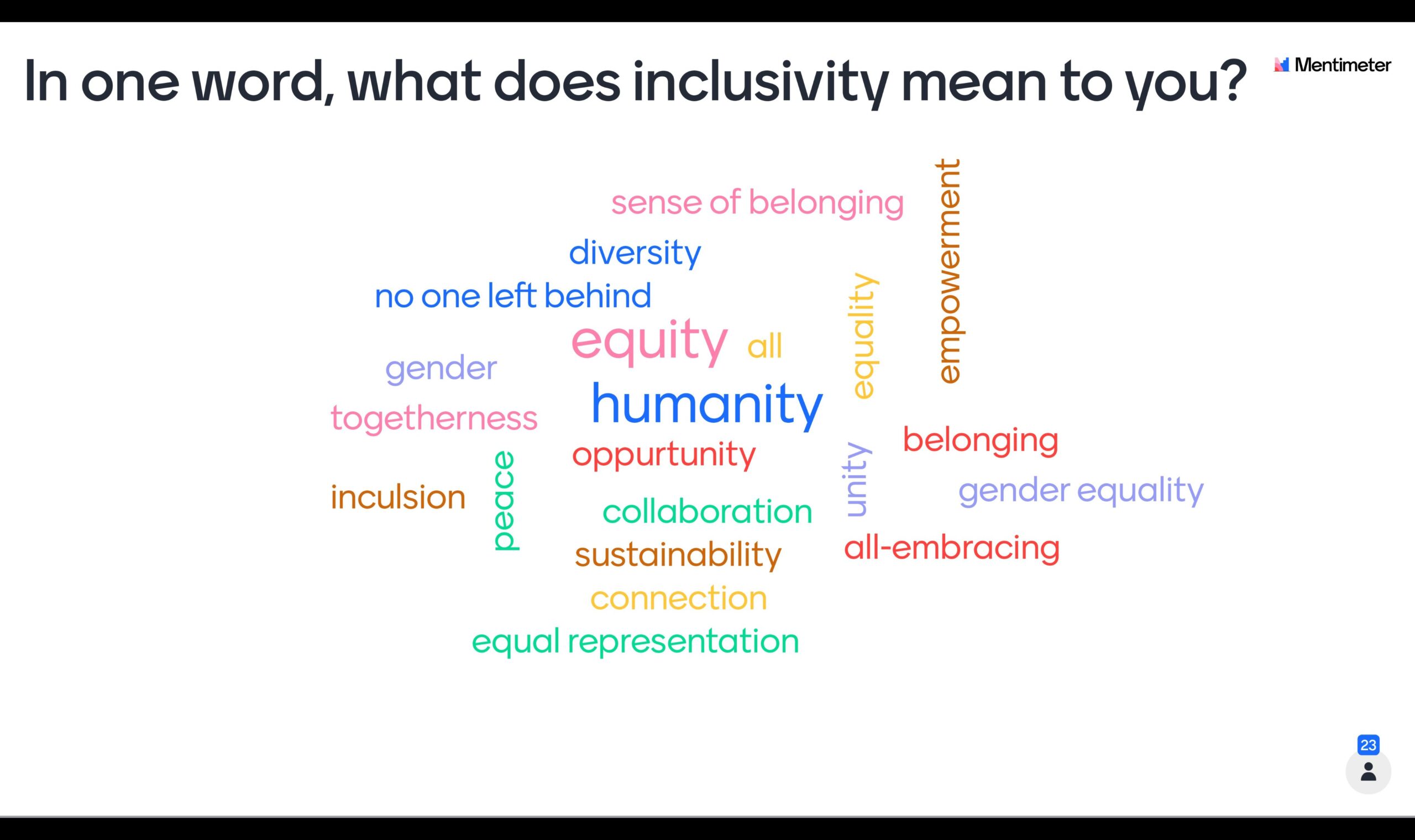 Rev. Toni Kruger-Ayebazibwe, Executive Director for the Global Interfaith Network for People of All Sexes, Sexual Orientations, Gender Identities and Expressions highlighted the power dynamics that exist between not only women and youth of faith as a whole, but the intersectional nature of power within all faiths, with the example of the LGBTQ++ community of faith.

Challenges preventing collaborative relationships between faith and traditional leaders and women and youth groups, in all of their diversity, to advance peace:

Many of the CoP members emphasized a challenge preventing collaborative relationships between faith and traditional leaders and women and youth groups, is related to the issue of power dynamics that exist in inter and intra- faith spaces, including the issue of patriarchy. This was also reflected in Rev. Toni Kruger-Ayebazibwe, Executive Director for the Global Interfaith Network for People of All Sexes, Sexual Orientations, Gender Identities and Expressions opening remarks, highlighting the power dynamics that exist between not only women and youth of faith as a whole, but the intersectional nature of power within all faiths, with the example of the LGBTQ++ community of faith. It was reflected that the issue of power dynamics are further being exacerbated by the lack of spaces that allow for equal-based encounters for conversations to take place between religious and traditional leaders with women and youth or current systems in place.

Another major challenge related to the polarization of views on issues, such as women’s rights and the terminology used. It was stressed by participants on the need to address conservative and centralized forms of interpretations of religion through raising awareness on the importance of being inclusive in one’s work.

Finally, it was raised that there is still a lack of trust between religious and traditional leaders and women and youth, notably now that politics is increasingly affecting these relationships. Some of this lack of trust is due to the misunderstanding of one another’s intentions. The advice was given to meet with religious and traditional leaders independently first to explain to them the goal of the initiative and the importance of their participation before involving them in broader activities. The need for trust-building and for the international community to understand the local context to avoid backlash was cited as critically needed to move forward.

Best practices and lessons learned when approaching a faith or traditional leader in advocating for joint decision-making within the community or to work on a collaborative project advancing peace:

Participants first stressed the need to engage both religious and traditional leaders and women and youth from the start of a decision-making process or collaboration, while also asking them to participate in the change process and not placing any blame. Strategies around engaging more open-minded religious and traditional leaders were raised as an entry point, as well as the need to pick a safe space shared by the community. An example was given of inviting elders and gatekeepers to a community dialogue under the community trees or utilizing civil society to help create and provide a safe space for building relationships and trust. It was also highlighted that new technologies are now allowing more spaces to be active and inclusive in the participation of others.

Other strategies mentioned: sharing common experiences to build trust, such as experiences of tokenism or lack of inclusivity; using language and values accepted by both parties, such as starting from a common human rights perspective; and investing in relationships with new and young religious leaders to build their understanding and potential as allies.

Reflections from the Faith and Traditional Leaders:

Following the breakout group session, participants returned to the main plenary where the religious leaders were asked to reflect on what they heard from the women and youth-led representatives.

Reflections highlighted the importance of continually developing and nurturing relationships between religious and traditional leaders with women and youth while highlighting the common challenges that are both shared within the community. The need to seek allies from other faith traditions was also raised in helping to shift power dynamics and continue advancing inclusivity holistically.

There are no hierarchies in human rights that were raised, recognizing this common factor found within all faiths. It was recommended that participants should not allow power imbalances to get in the way of the recognition and respect for our common human dignity.

About the Inclusivity Community of Practice

The Network’s primary mechanism of advancing its inclusive efforts within peacemaking and broader peacebuilding processes is through its Inclusivity-Based Community of Practice (CoP). The Inclusivity-Based Community of Practice, guided by a Steering Committee, offers a space and opportunity for both Network members and non-members who are experts in the Women, Peace and Security and Youth, Peace and Security spaces, to build and cultivate learning, relationships, and partnerships. The current silos that exist at the global level between faith-based actors and organizations and secular actors and organizations working to advance gender equality and youth leadership and participation are hindering policy and advocacy efforts. Learning about and acknowledging shared challenges, showcasing examples of best practices, and strategically constructing a collaborative way forward, is essential to address these complex and multifaceted problems that we face today. More information on Inclusivity initiatives can be found here.